The Sausage Gods lurk in the Tararuas

The Sausage Gods lurk in the Tararuas

I spent an enjoyable time recently in the Tararuas. I enjoy getting away from it all, being the hills and contemplating sausages and life. Having found a couple of sausages left in Cone Hut a few weeks ago I wondered if the sausage gods of the hills would leave sausages for hungry trampers in the huts in which I intended to stay on this adventure.

My trip route went from the Holdsworth road end, over Mt Holdsworth, and then dropped to Mid Waiohine Hut, up the steep ascent to Aokaparangi and along the main ridge to Maungahuka. I them dropped down from the main ridge and went over Concertina Knob and a steep descent into Neill Forks which led, you guessed it, to a steep ascent onto Cone Ridge, and onto Totara Flats. Then it was back to the Holdsworth road end.

On the first day the wind was up and the cloud was down. At Powell Hut I tried to go high when I first arrived. The wind was extremely strong and it would blow you over leaving you crawling along the ground if you wanted to proceed – not exactly optimal tramping weather. After more than three hours of waiting for the forecasted decline in the gale, an English tramper and I decided to attempt going over the summit of Mt Holdsworth. It was hard going and at one point we decided that if it got any worse we would turn back. However we persevered and were soon over the top of Holdsworth and onto the next peak Isabelle.


As we battled the conditions on the way down from Isabelle, the wind temporarily abated, the cloud cleared and you could see the rich verdant bush on the precipitous slopes of the upper Waiohine Gorge. The deep green contrasted to the opaque clouds. The silence that was present compared with the roar of the wind that had previously been there made for a magic moment. It is at times like this you feel fantastic and admire the grandeur of nature. Then the cloud rolled back in and the roar of the wind resumed.


The two of us arrived at the Mid Waiohine Hut near nightfall and we were pleased to find a couple of kabonosy were left at the hut. It was the second discovery of the day as I had also I sighted a Dutch braadworst at Powell Hut. It was clear that we were in the presence of the seldom sighted "sausage gods." 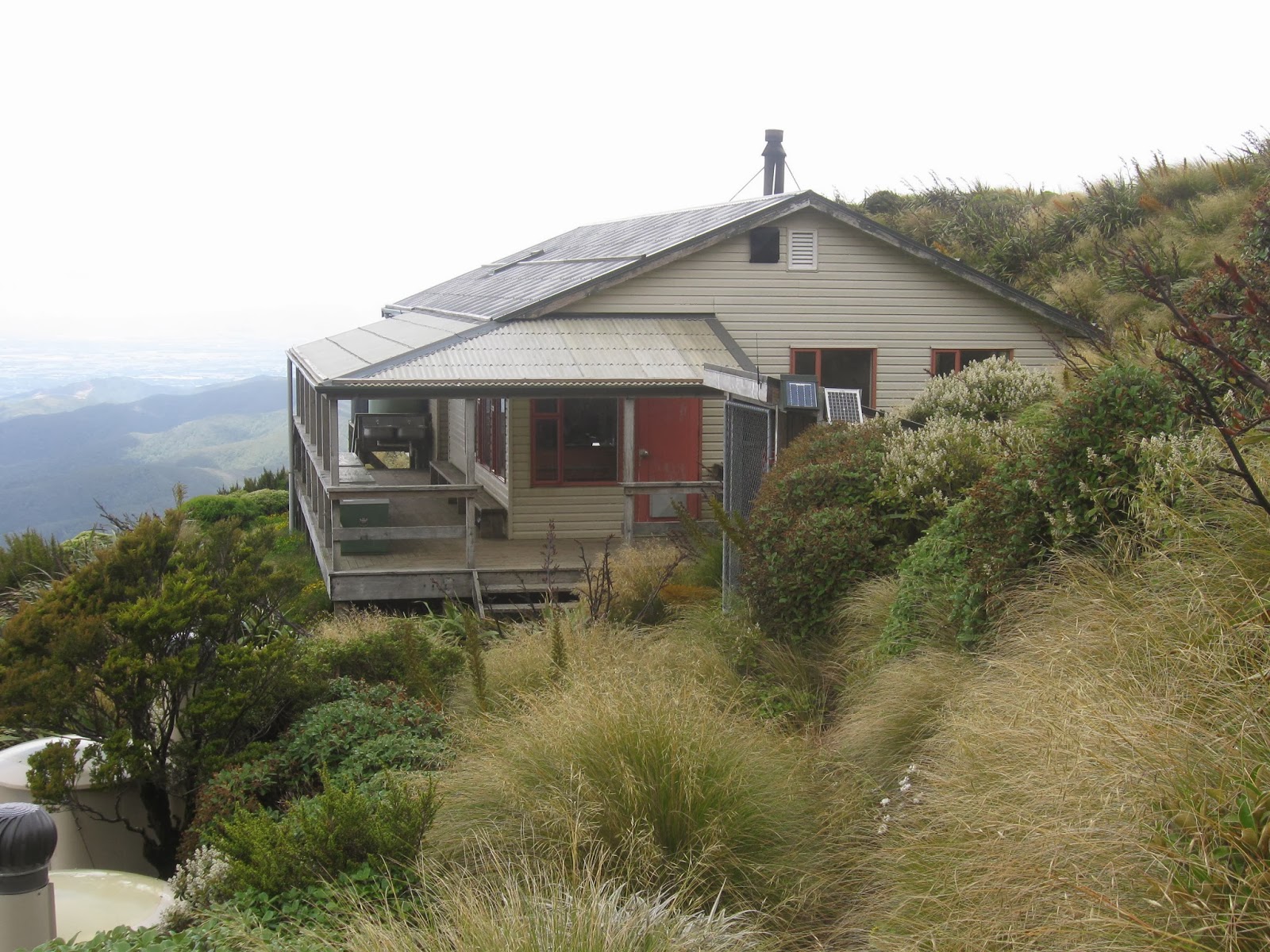 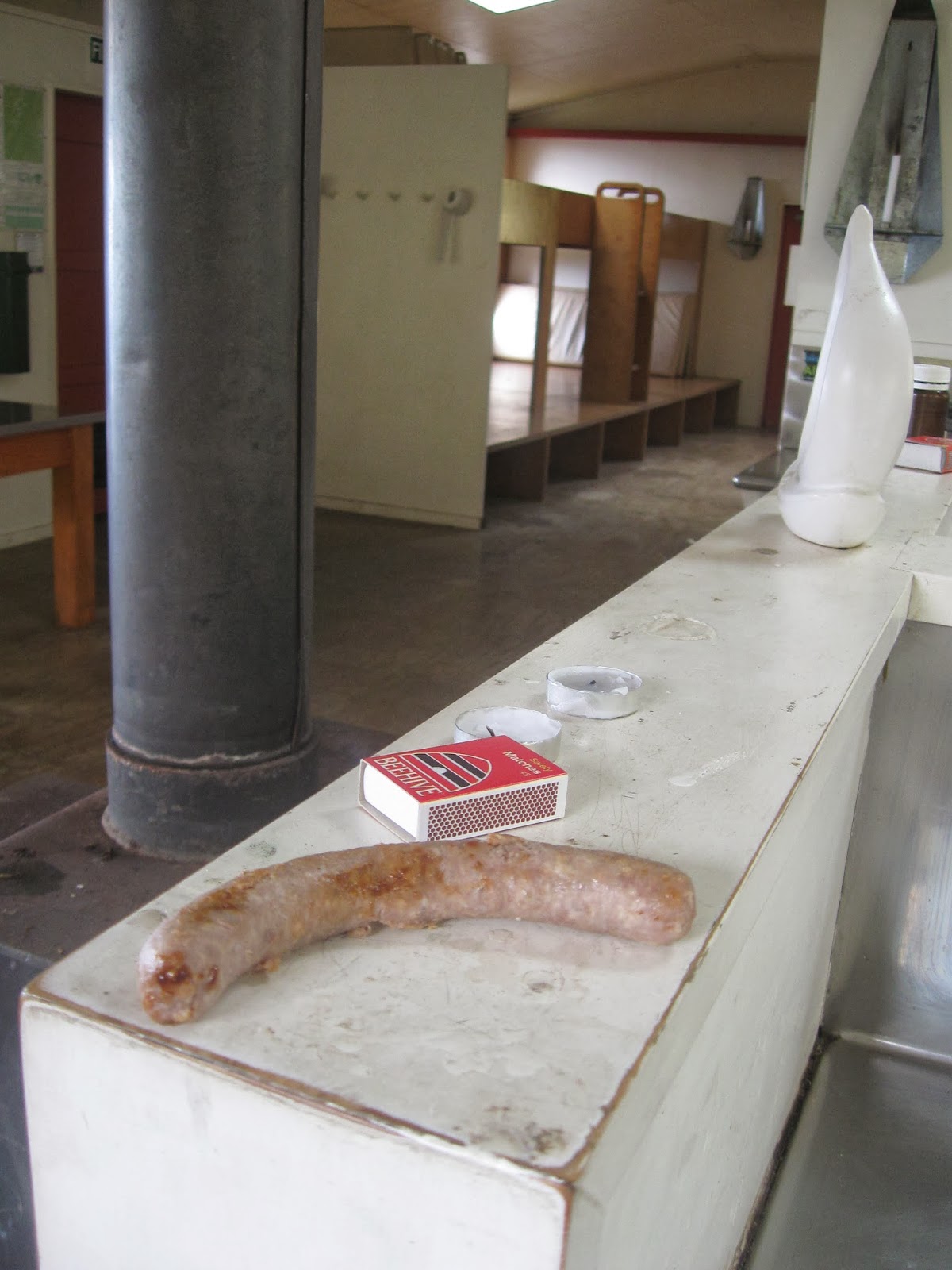 Dutch braadworst at Powell
The kabonosy sausage is ideal for tramping, smoked and nicely flavoured. It went down well with all the people in the hut. By contrast the Dutch braadworst is a meaty sausage that appeals to those who prefer a straight meat taste, see link. For a review of kabonosy, see link.


Since August 2013 Mid Waiohine hut has only been stayed in for seven nights. It is a tired hut, but one that welcomes visitors. It but a bit off the beaten track and you have to keen to get into this part of the hills. 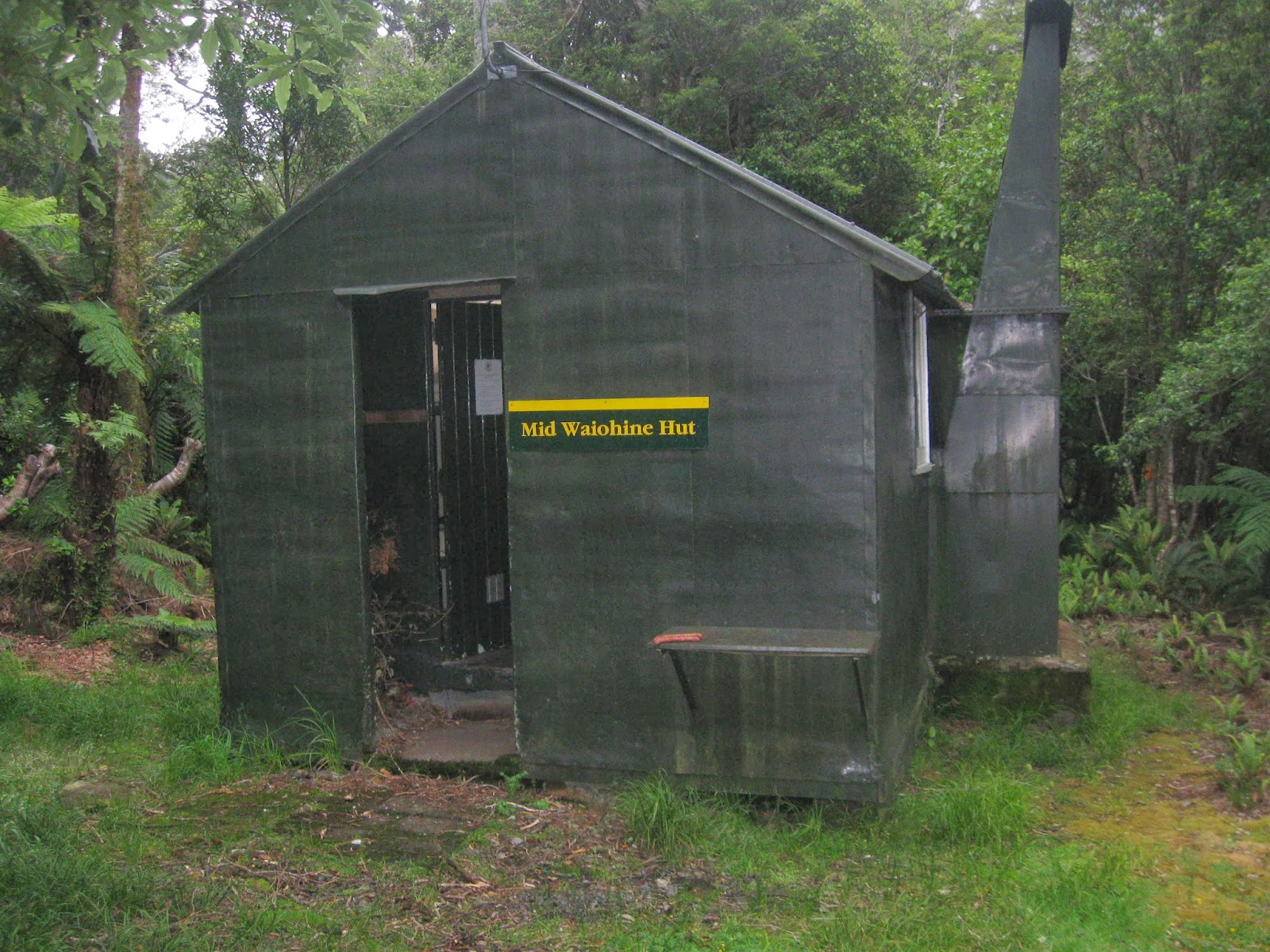 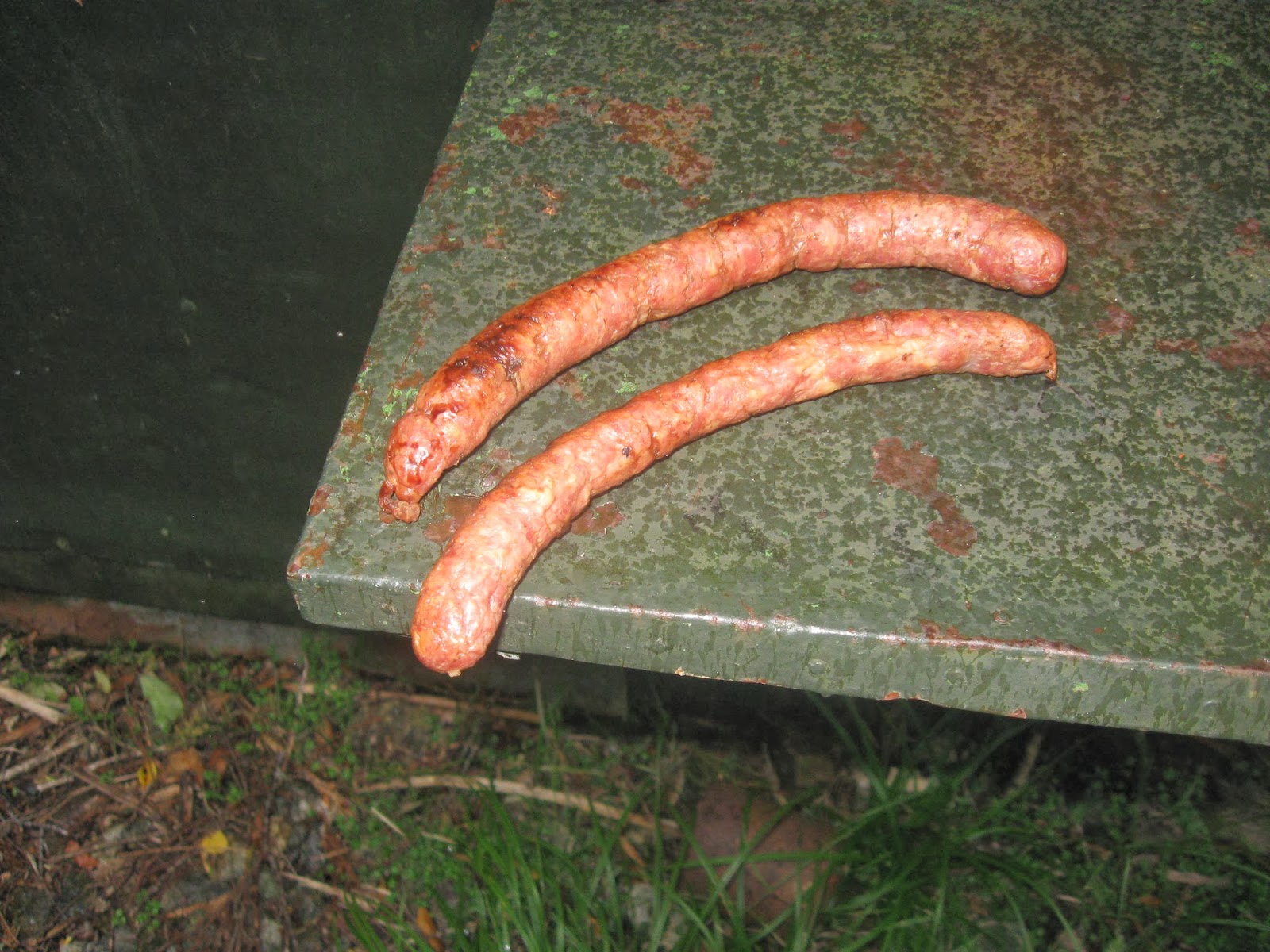 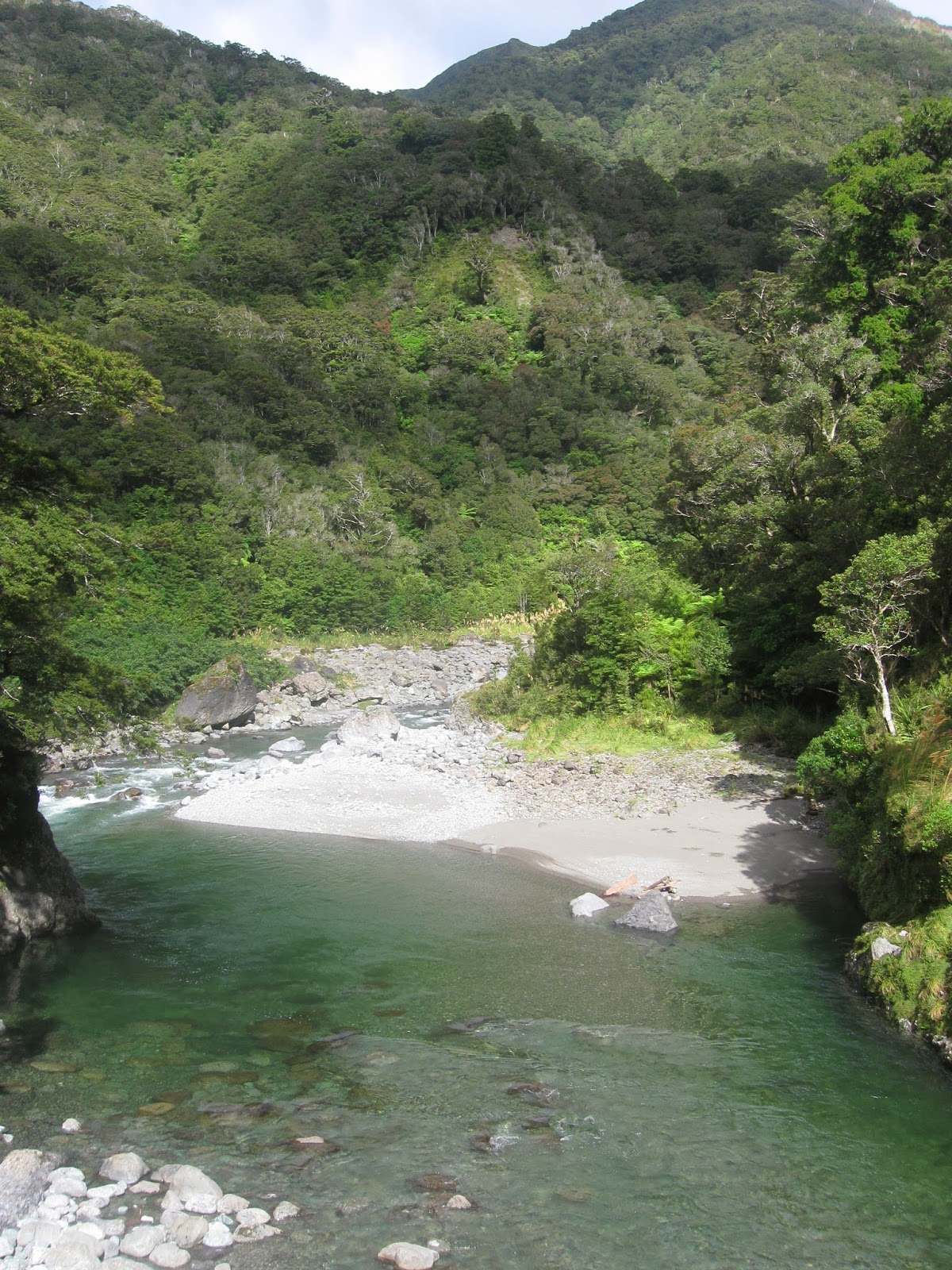 The Waiohine River
The climb up to Aokaparangi was steep, around 900m of vertical ascent. I was pleased to get the top. It was warm day and the sweat was pouring. I had a relatively small drink bottle of about 750ml of water and with a few hours more along the ridge including lots more climbing, the water had to be rationed and savoured. The English tramper and I talked about our desire for water, and there were more gnarly knolls and peaks to be climbed as we traversed south down the main ridge. 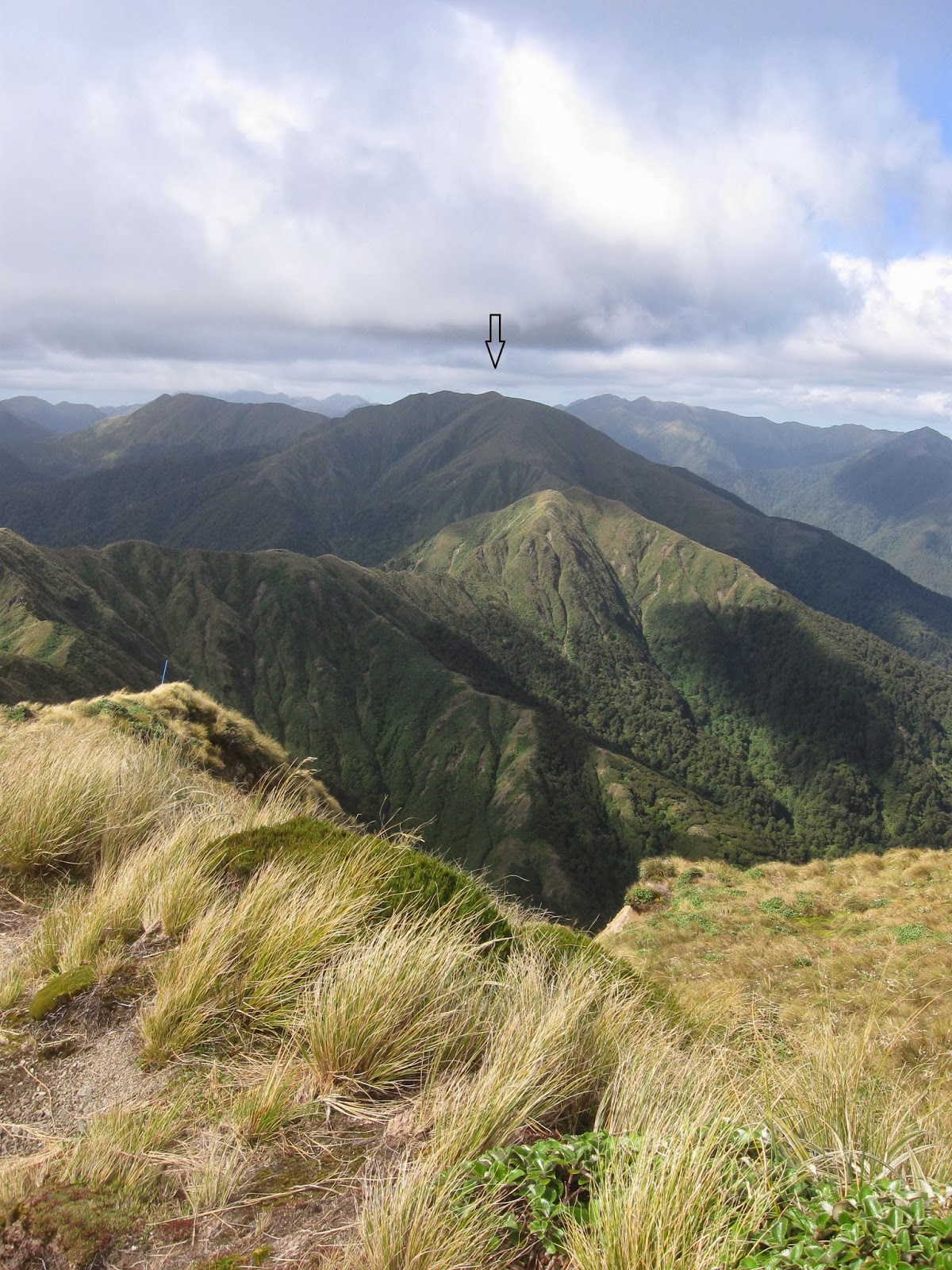 The view to Aokaparangi (marked with arrow) from Maungahuka
Fortunately the sausage gods had also visited Maungahuka Hut. The English tramper said he appreciated quality sausages as he headed off to Neill Forks, hoping to get there before night fell. He planned to add his sausages to his diet of pasta and sardines and was grateful for the sausages that would help to sustain him and offer variety to his diet. 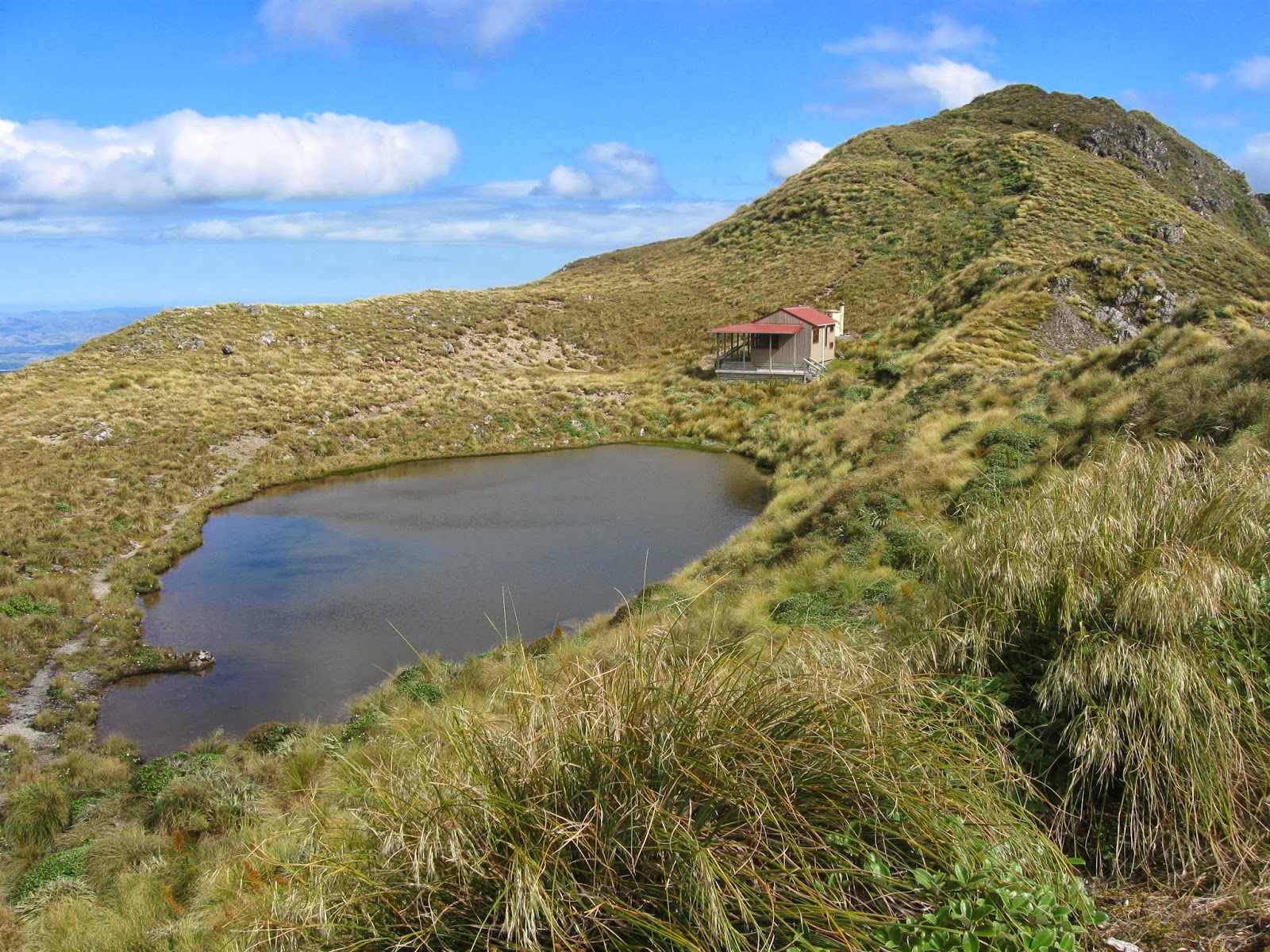 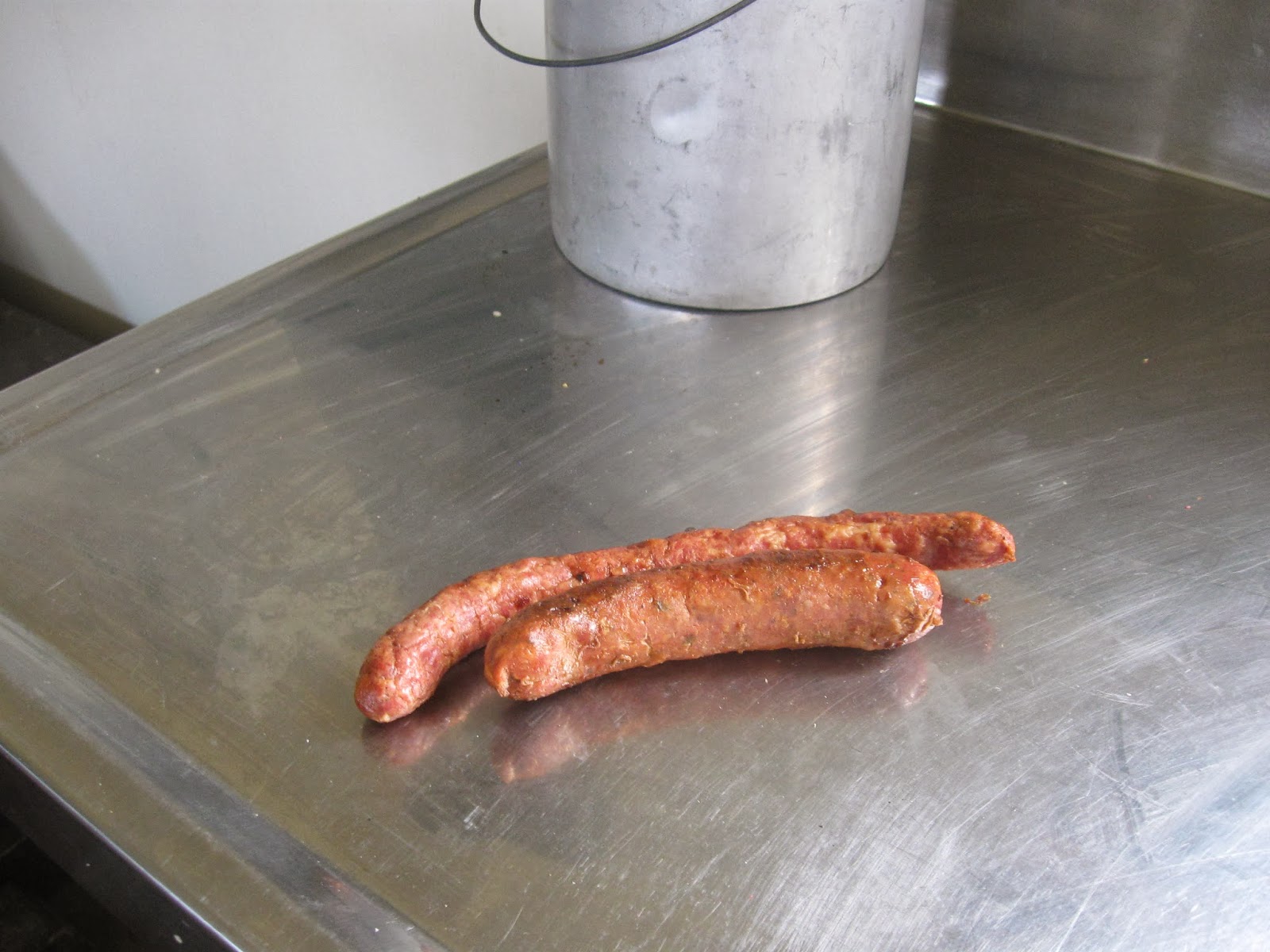 Kabonosy and chorizo criollo at Maungahuka 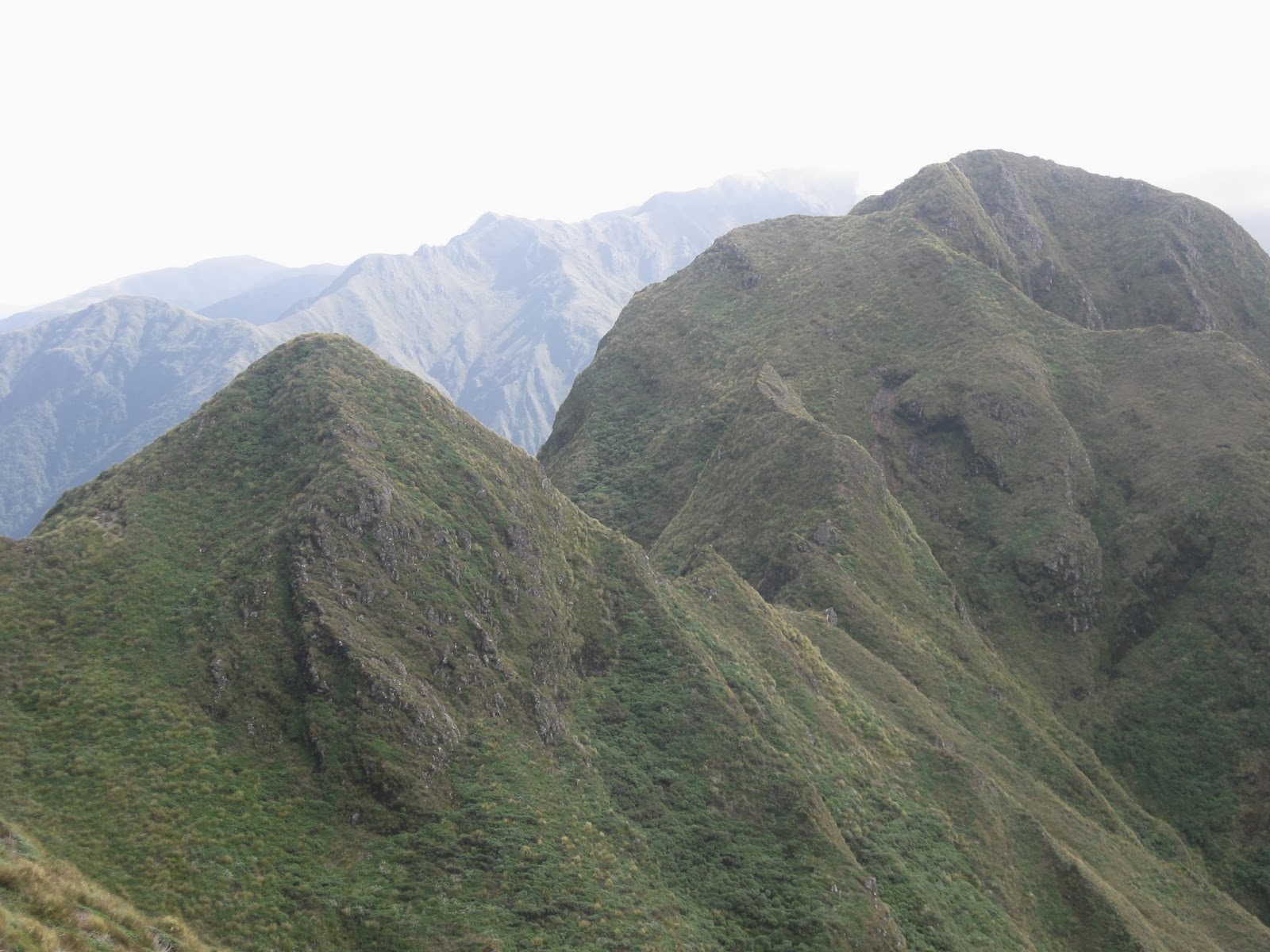 The ridge south from Maungahuka
I spent the night alone in the solitude of Maungahika Hut. The moon shone through the windows and it was a very peaceful environment. It was easy to see why the sausage gods favoured this place as a hideaway. While in the hut there is no escaping the realisation that the weather in this area can be brutal and ferocious. The hut has steel guy ropes from each corner anchoring the hut into the ground. This added reinforcement supports the hut when the wind does blow. 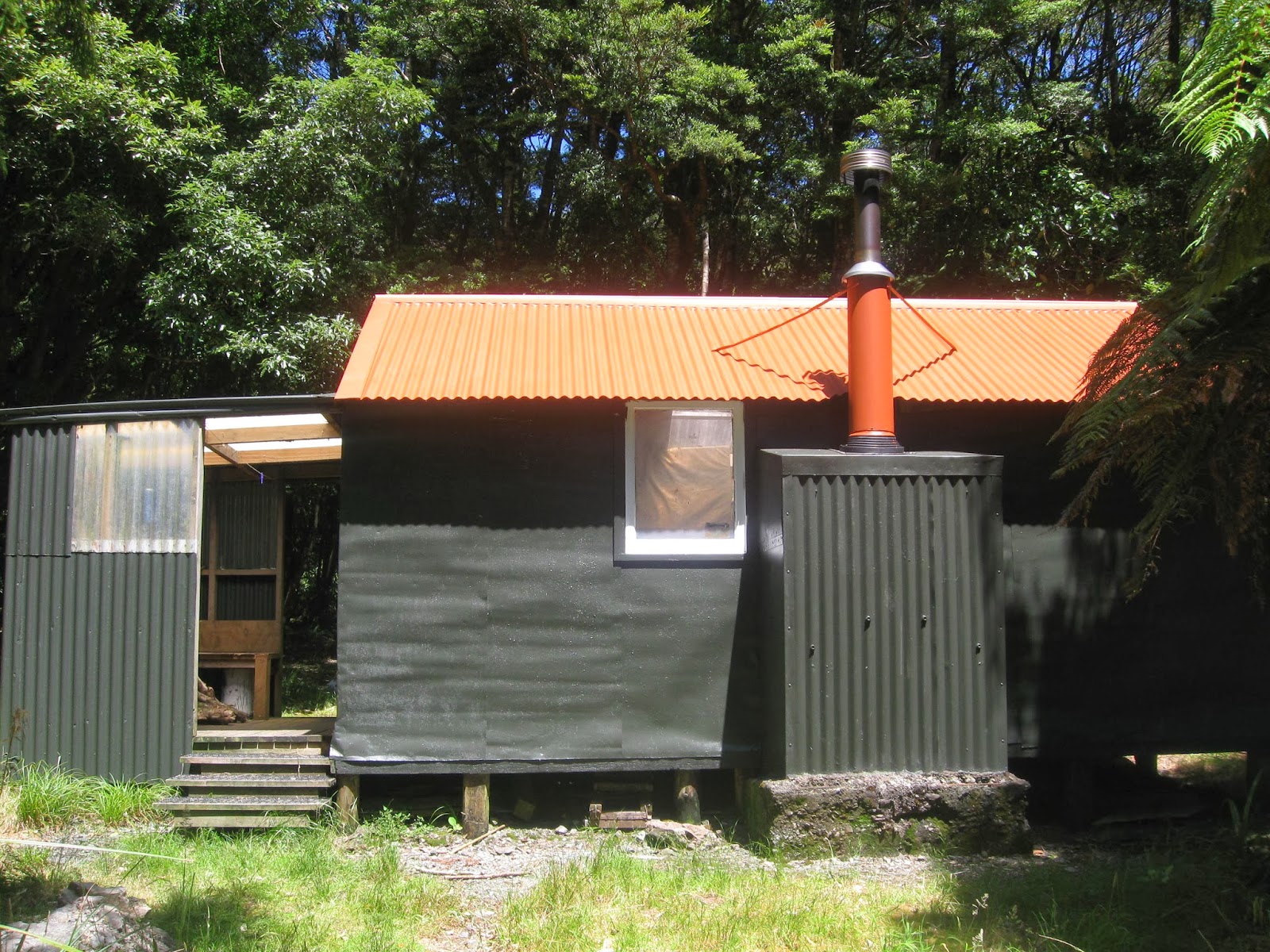 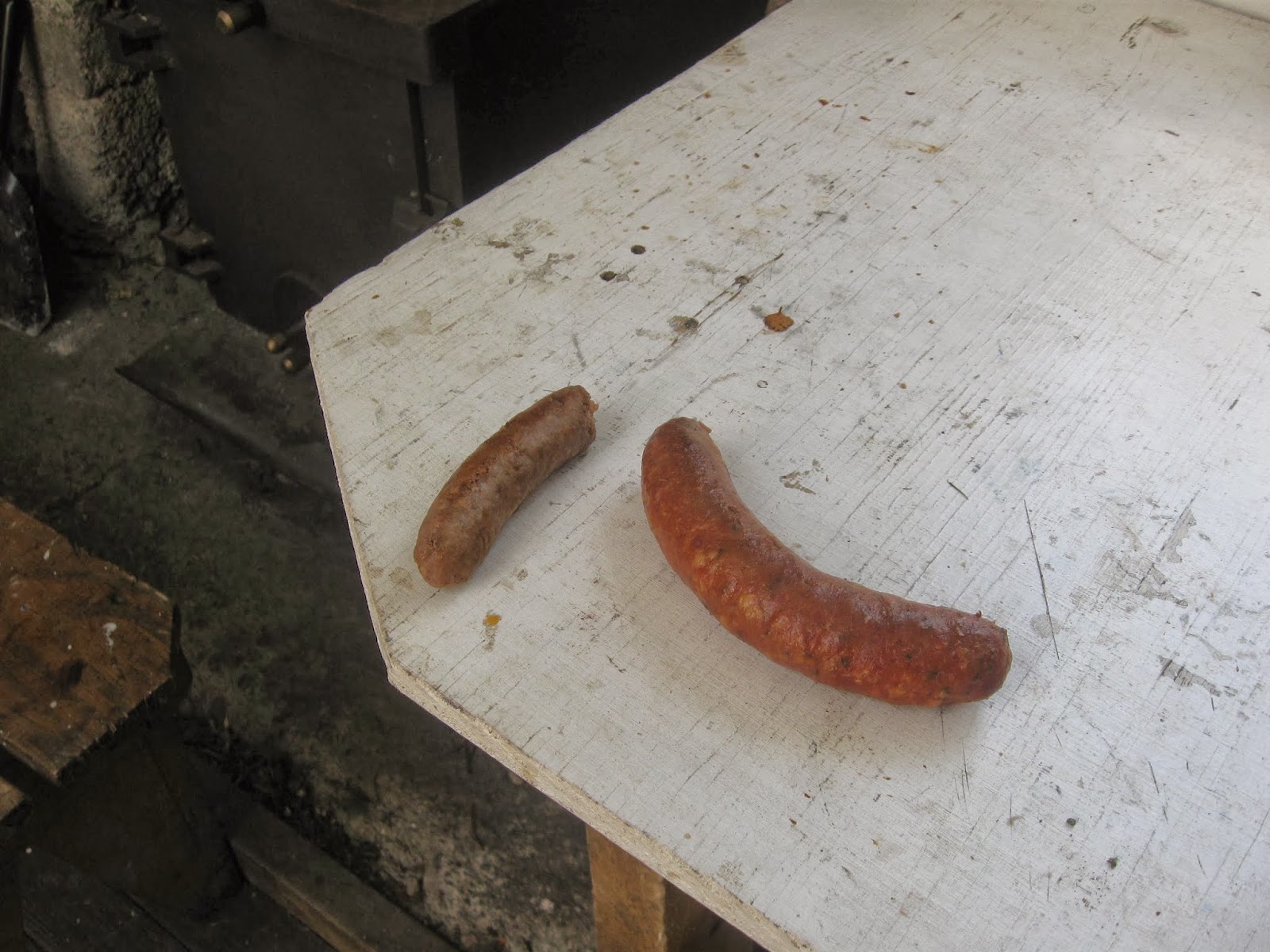 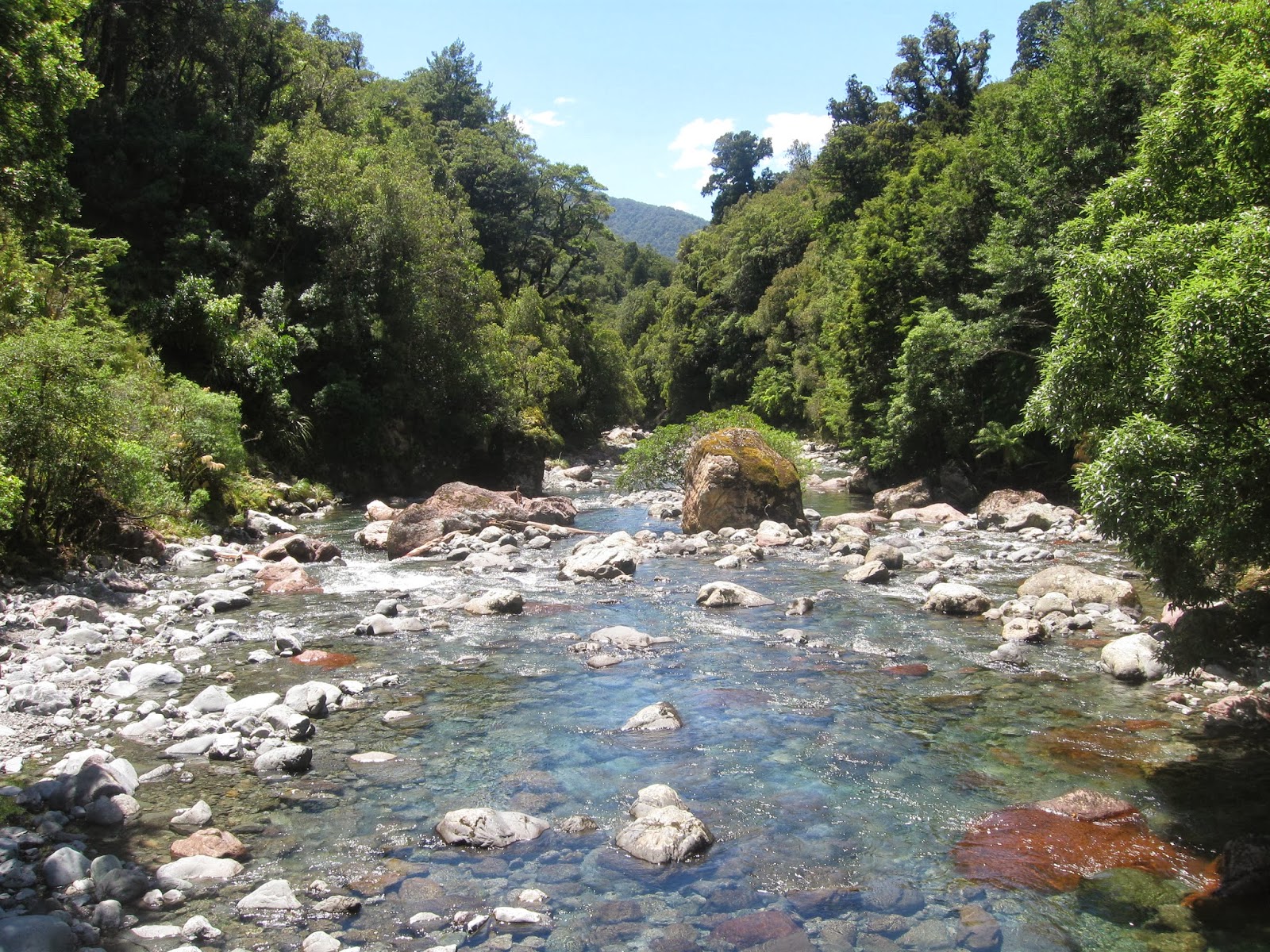 The Hector River just below Neill Forks
From Maungahuka it was down to Neill Forks Hut. Woo hoo! More cause for celebration. The sausage gods had left a chorizo criollo and half a Dutch braadworst, in Neill Forks hut to urge me forward to Totara Flats Hut for the night. When I arrived there were more chorizo criollo awaiting me. 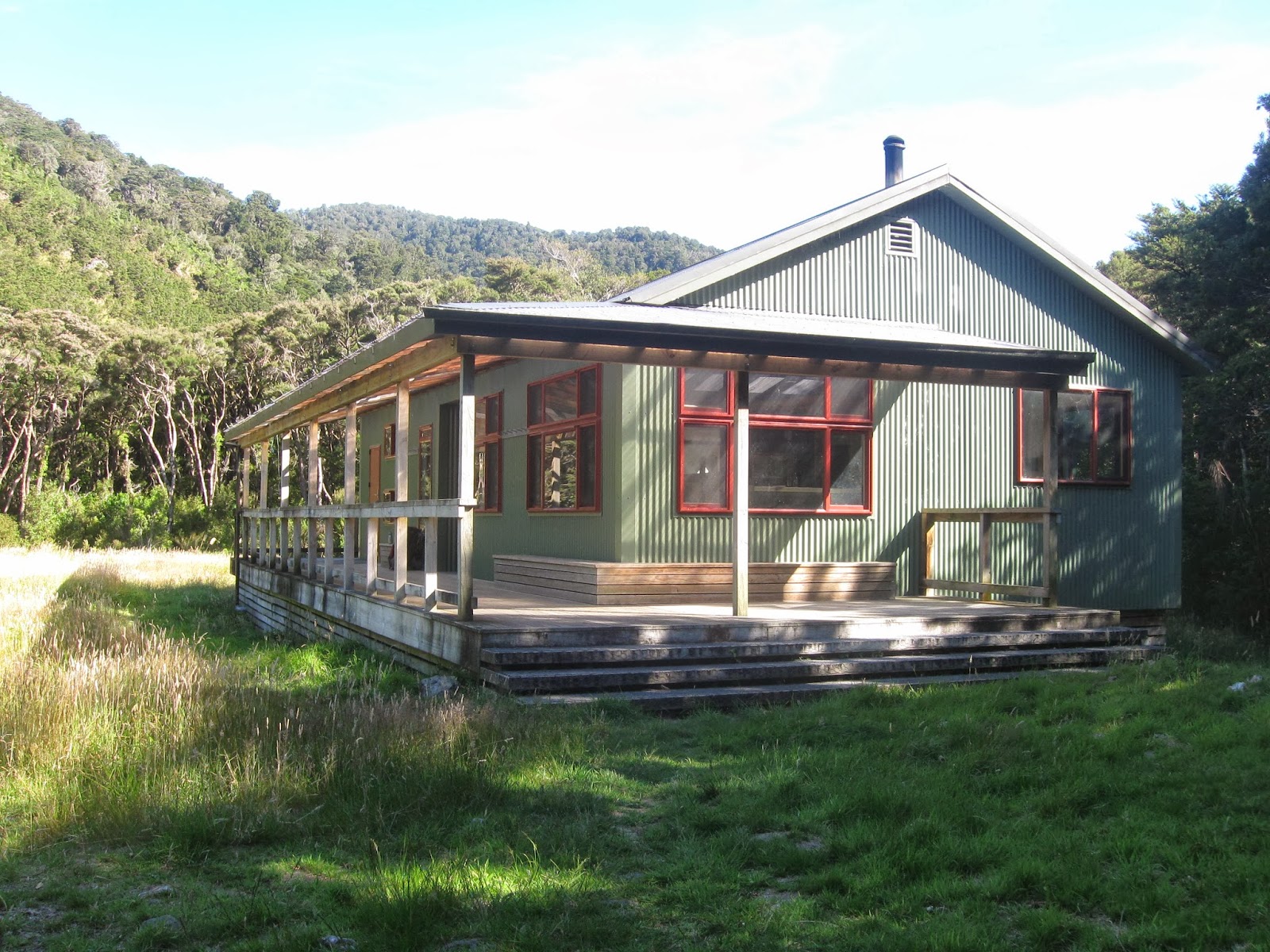 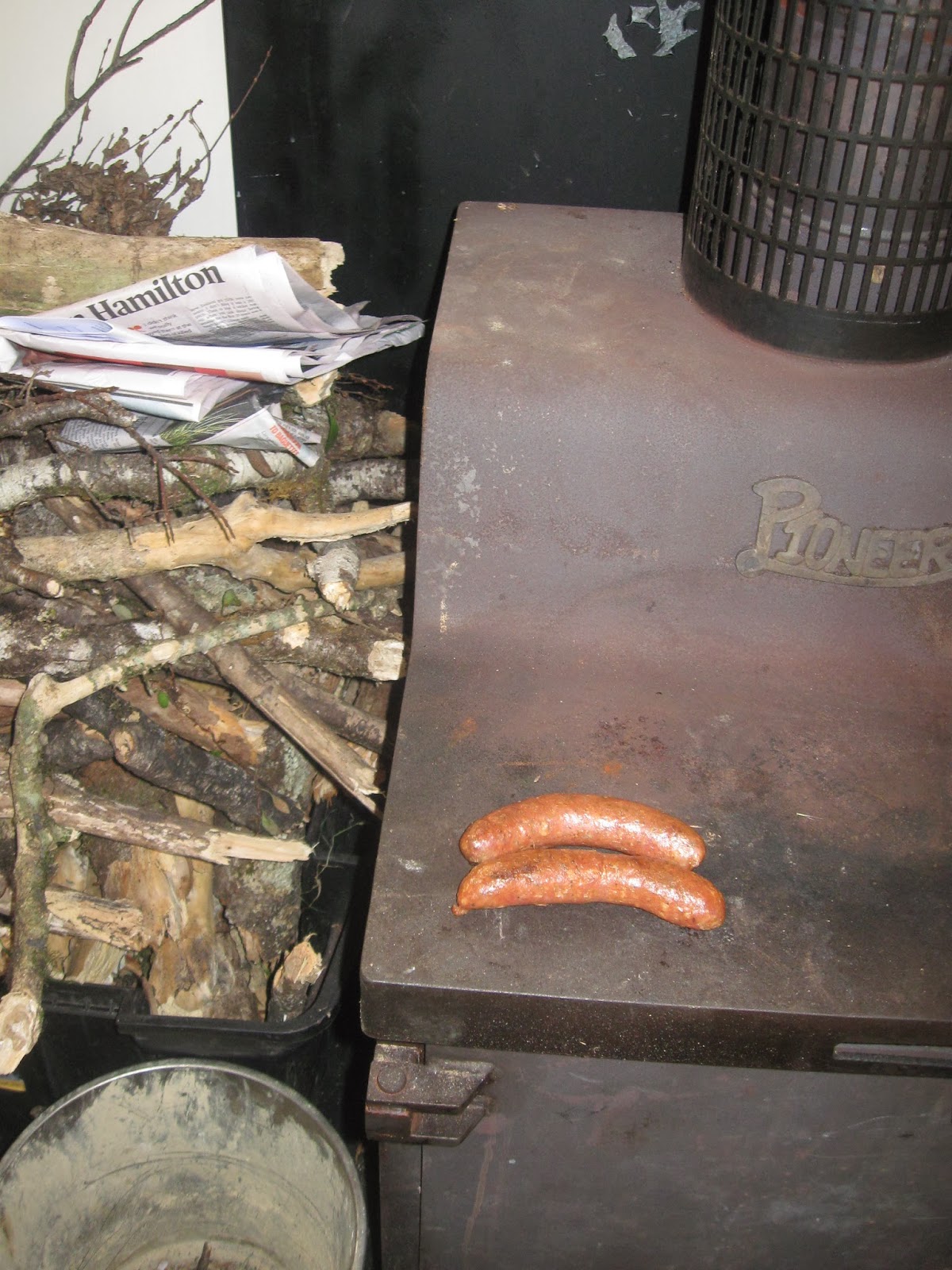 
Sadly, the chorizo criollo did not taste quite as I had expected. They lacked the complexity of flavour that I enjoy savouring which I usually partake in my favourite sausage. I did have high expectations but sadly these were not fulfilled on this occasion. This sausage is still a quality sausage, however my recommendation for best eating is to savour it hot, or from post cooking storage in a fridge. See link for a review.


Overnight the wind had risen again and was venting its force at Totara Flats. Roaring down the valley I got very little sleep as the sound of the wind buffeted the hut. However I was pleased I was not at Maungahuka hut where the wind would have been twice as strong on the tops.


As I headed to the road end I was walking down the Gentle Annie track close to my destination, I heard a voice behind me. It was a runner who wished to pass. He gave me a bit of fright. It was the first person I had seen in two days and I knew I was back close to society and away from the mysterious, but generous, sausage gods.


Thanks to the sausage gods for supplying sausages in each hut. A pleasant trip with some great sausages.