Many years ago my wife studied for a Master’s degree. As part of the degree those undertaking the course had to form a study group. She was part of a group of three. Last night that study group, along with partners, got together at the Havana Bar in Wigan St, Te Aro. This is a funky bar and restaurant with a Cuban and Spanish influence. After a few drinks we moved into the restaurant and had a meal. The restaurant serves tapas.


The study group was very productive - by the end of the two year programme, four extra children were part of the wider whanau group. We of course did more than our share by having twins. The other two members only had one child each. When my wife graduated she took the boys along to the ceremony. They were ten days old. We have a great photo of her in full academic regalia holding the baby boys. They look so tiny! The boys are now 15 years old and, needless to say, considerably bigger.


Tapas style food is a great way to sample a wide variety of platters. On the menu two items in particular caught my eye, housemade chorizo albondigas with pickled white cabbage and grilled bread, along with, sage black pudding with smoked piquillo pepper and pickled cauliflower sauce. As the platters arrived we tucked into the food. We talked, laughed, and told stories…. some of them were even true. There was a very convivial atmosphere.


The chorizo dish has different flavours that complemented each other. The chorizo is a skinless variety with smokiness and heat that comes through as you eat it. It is not excessively hot, and on my heat scale I would describe it as the mild end of medium. It is served with a tomato based sauce which has elements of sweetness, along with a little bit of heat. The pickled cabbage has a bitterness that complements both the sweeter flavours in the meat and sauce. This was a very nice dish. 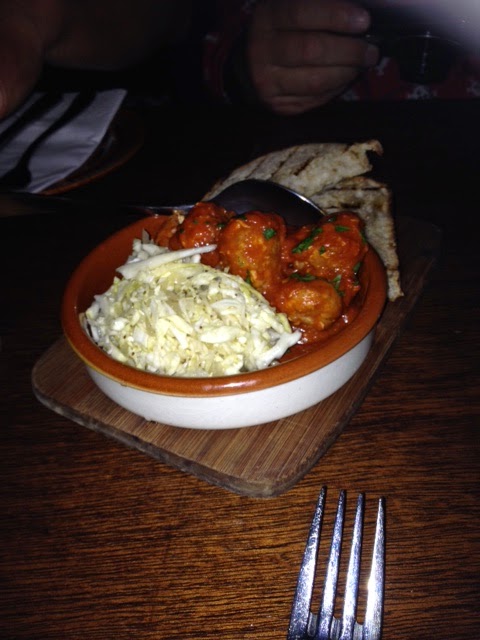 The black pudding is baked and has a crusty outer shell, when this is pierced the interior of the black pudding is softer and crumbles as you eat it. The contrast in textures works well. The smooth interior combined with the crusty exterior creates a very nice contrast of textures in the mouth. The black pudding has a very small amount of heat, the smoked piquillo peppers that accompanied the dish added sweet and smoked flavours to the dish. The sourness of the pickled cauliflower sauce meant that dish had a wide variety of flavours to combine and accompany each other. Another very nice dish to eat. 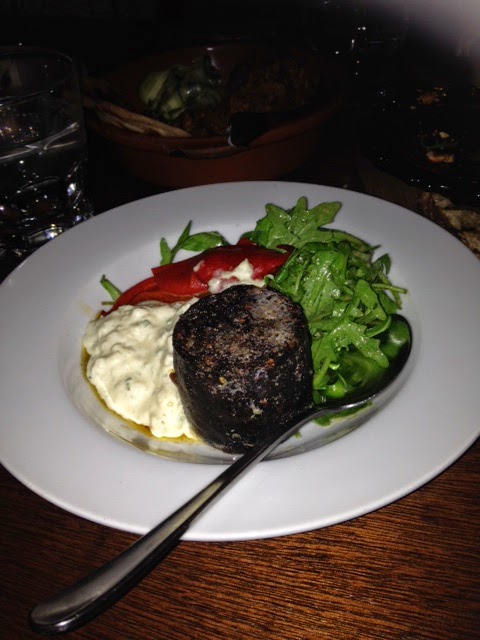 Another tapas plate I particularly enjoyed was the crushed gourmet potatoes with slow cooked leaks and roasted garlic. If you are at Havana, make sure you include this dish too.


We were still in the restaurant as they began to clean the kitchen. It is open to the dining area and you could see the hive of activity as the kitchen staff finished off their day. I went and talked to the maître d. He told me the person that I should be talking to was Mark, the head chef. We have a very cordial chat about the sausage tapas. He makes the chorizo with pork he sources from Island Bay Butchery. This is free range pork from Canterbury. He uses 50% pork shoulder, ground finely, and 50% pork belly, a medium grind. Added to the meat is dried oregano, white wine, flaky sea salt, smoked and sweet paprika, along with lots of garlic. The chorizo is cured for five days. The black pudding is Island Bay Butchery’s gold medal winner, see link. Sage is used extensively in this dish. With the small kitchen space the opportunities to get into major sausage making are limited, however what Mark produces out the confines of Havana’s kitchen is to be admired. He also asked who I thought made the best sausages in Wellington. Regular readers of the blog will know how I replied - Park Avenue Quality Meats in Avalon.


If you are looking for a venue to spend time with people you want to drink, eat and laugh with then I would recommend that you check out Havana. Cuba without the airfare.