It is not all beer and sausages - Part Eight

It’s not all beer and sausages – Part Eight

In the weekend I competed in the Aorangi Undulator. This is a new event through the Aorangi Forest Park in the southern Wairarapa. It has the tag line: Not for the weak. In the waiver we signed it stated, I understand the race if not for the weak and no sign of weakness will be tolerated. You also signed away liability for loss, injury or death. But more about that later.

I had not been into this country before. We started at Mangatoetoe, which is on the coast past Ngawi but before the Cape Palliser lighthouse. The finish was at The Pinnacles. Most sensible people drive along the coast road to traverse between these two points. This run takes the inland route, over a variety of ridges and river valleys. All the climbs are steep and are matched by equally steep descents. Some of the ridges are narrow and precipitous with significant drop offs on either side. The total climb is 2700 vertical metres over the 33k course. If you consider that the first 4 kilometres are up a river valley, and last 6 kilometres come down an undulating ridge, you pack most of the 2700m of climb and descent into a compressed distance. 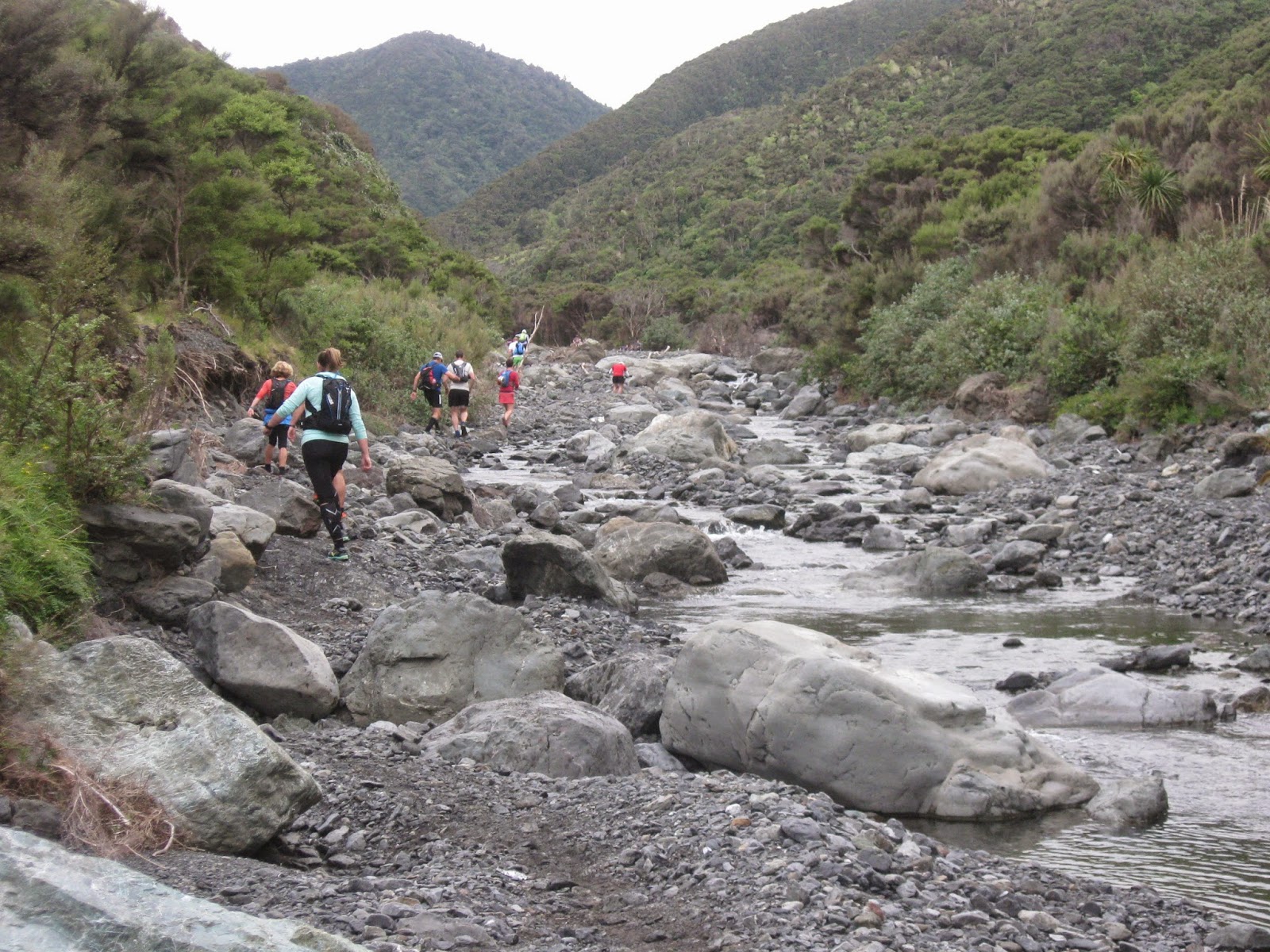 Due to a variety of factors I found this event very tough. For the first time in decades I suffered severe cramp. I got a massive shot of cramp in the calf as I fell on the penultimate descent. With bail out options non-existent I had to continue. By the time I got going again and was hobbling along, the tail end charlies had caught me. One of them said to me, "I am a hunter, I only carry dogs and dead things." I replied, "I weigh about 90 kilos, if you are going to carry me out, I suggest you gut me first to lighten the load." I had treated this run as training run and had not done much extra preparation for the event. I regard the run as the beginning of training for the Tararua Mountain Race in March. I also stopped at various spots to take photos and enjoy the atmosphere of bush. 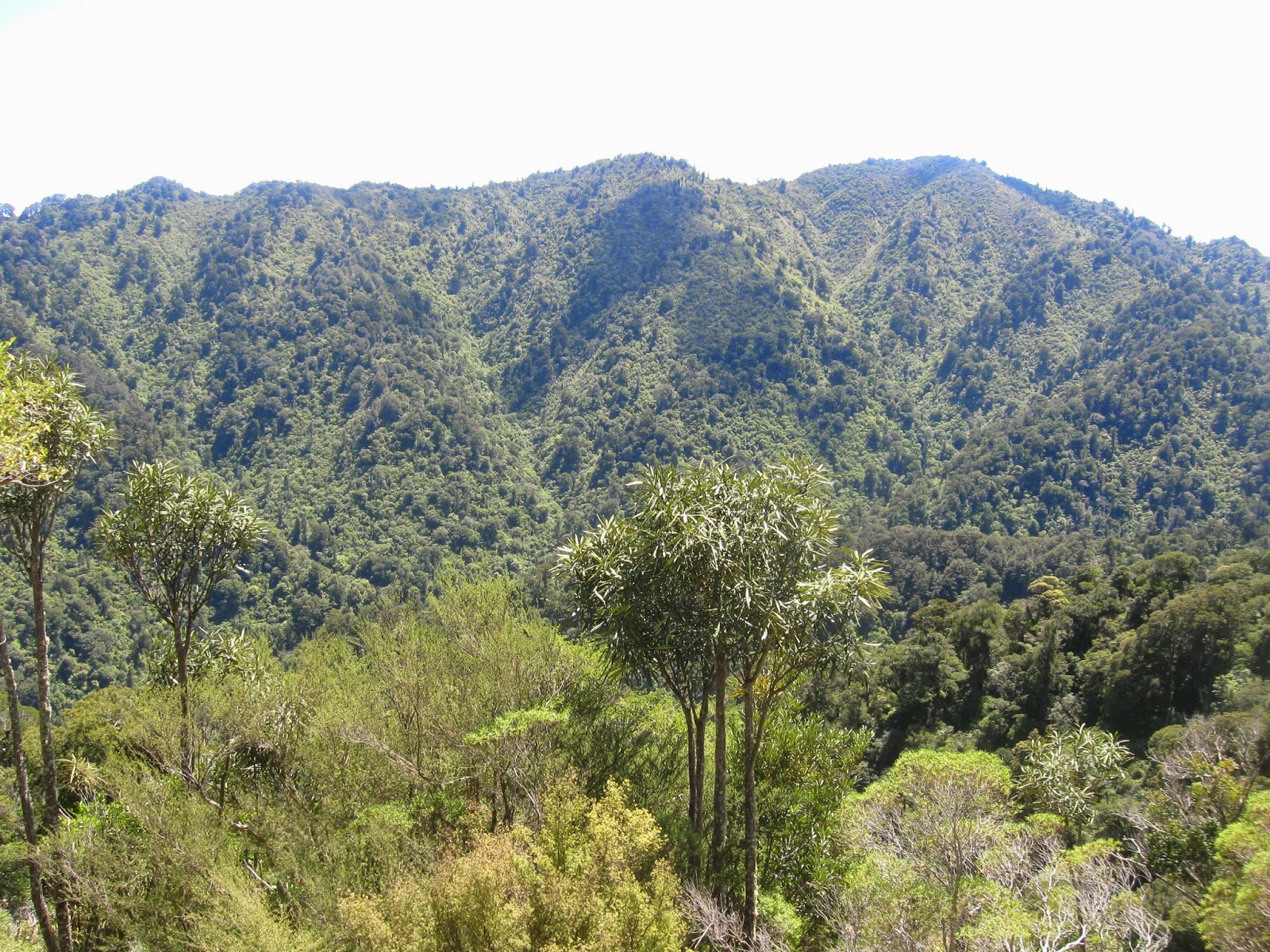 The run goes through some nice but steep bush. The tracks are not traversed by a high number of people - they are gnarly, narrow and somewhat ill-defined with lots roots and rocks. It’s challenging technical terrain and a degree of navigation is required. There are lots of river crossings and at one stage you travelled down through a little gorge. The pools in the river were very picturesque and as I waded through another one I thought, isn’t it good that the organisers put ice baths on the course to allow for recovery of the muscles in the legs. Of course that was before the cramp came on.
At the start of each climb a sign was at the bottom giving information on the vertical ascent and the height of the top. An encouraging phrase also added to the tag line of the race. 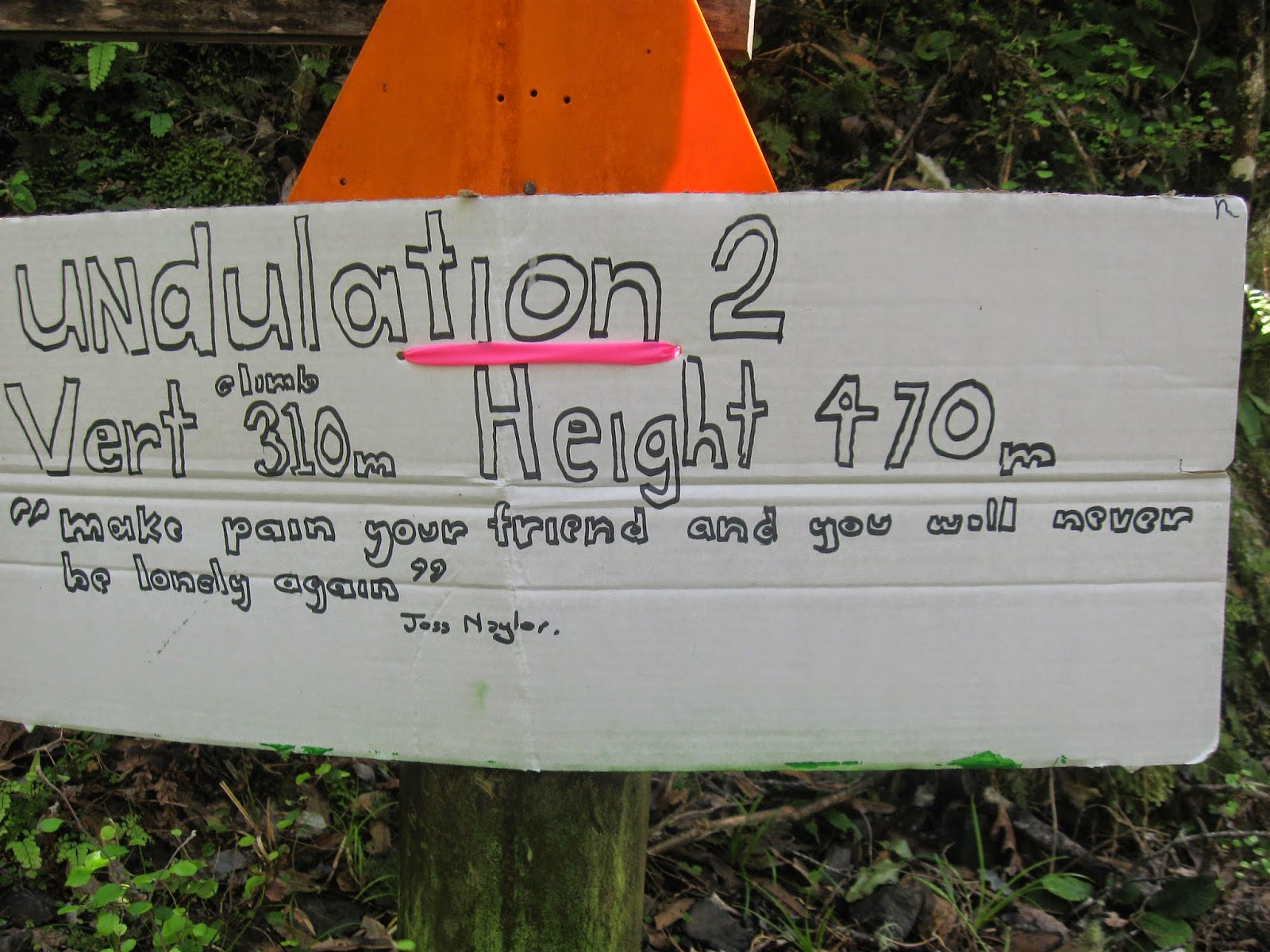 The final undulation is the biggest one. My calf was still giving me twinges and tweaks of cramp so I was reluctant to push too hard. I was pleased to finish in a tad over 10 hours, and there were even a couple of competitors behind me. This was a couple of hours slower than I would have liked, however I was contented to have completed the course. I did find it very tough.


Throughout the race the thought of sausages and beer at the finish spurred me on. With a running mate I had arranged for quality sausages to be on the barbecue. Park Avenue Quality Meats were the source of Dutch braadworst and Venison Rost. Tragically the organisers had left these in Wellington and so only inferior snarlers were served. However being the resourceful type I am, I did have a Plan B. A group of us were staying in a bach at Mangatoetoe, and I supplied the sausages for Saturday night’s dinner - Dutch braadworst, kabonosy and chorizo criollo. Two of the people staying had entered the Undulator but pulled out due to injury. They prepared a sumptuous feast for the tired runners. 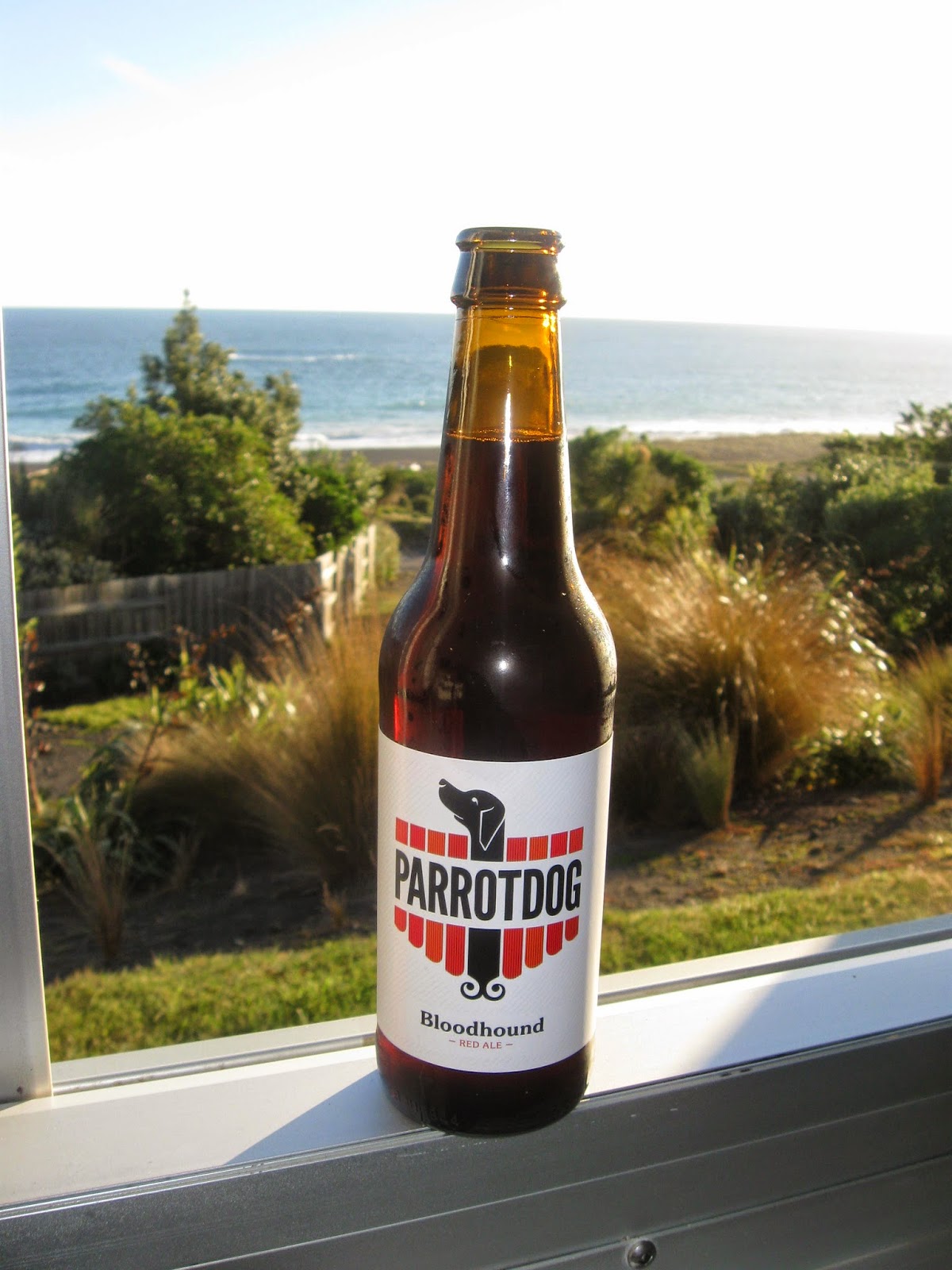 The beer I washed this down with was a ParrotDog Bloodhound. This is full bodied red coloured malty beer. It is slightly bitter and has a hoppy taste. It was an enjoyable way to relax with friends at the end of a hard rugged day in the hills. Repartee resounded as we talked and told stories about the day, and planned for future runs and adventures.

So I had completed the Undulator, I am not sure if I was weak on the course or not, all I know was that I was very pleased to cross the finish line.


Links to other parts of this series.