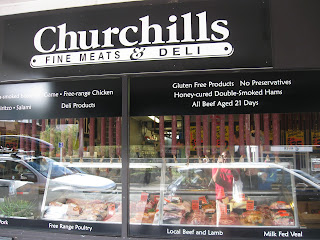 While in the far north we also visited Kerikeri. Along the main street is Churchills, a butcher’s shop and deli. This is a well presented butcher’s shop. The butcher I talked to said their sausage selection was smaller as they were now operating on their winter sausage menu. In the summer he said they had double the cabinet space devoted to sausages. He said they sausages just fly out of the door over summer. Coming from Wellington, I considered that as the temperature was above twenty degrees, and even though the month was May, it was still summer. The pleasures of living in a semi tropical climate. I brought some pork bratwurst and black pudding. 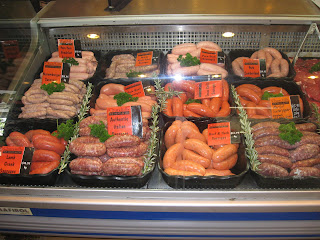 The black pudding was eaten as part of an evening meal at Opua. This was a fine ground black pudding with chunky bits included. You could taste the onion that had been added to the sausage. There was a little kicker of an after taste, maybe pepper or chilli. 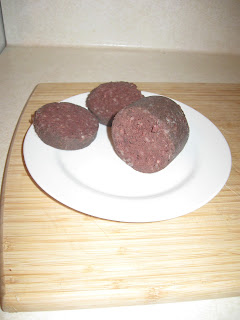 This was a pleasant sausage both my wife and kids liked it, even once I told the boys what goes into black pudding sausages. I would describe this as an averagely good sausage but the family disagreed and rated it higher than I did. I would buy this again. The butcher told me they sell this in Wellington at On Trays in Petone and the family are keen to have it again so a visit and purchase is very likely. 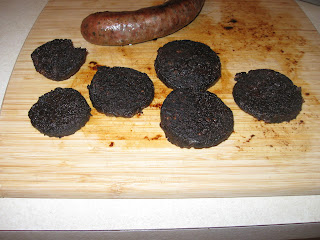 The suasage in the photo is one a smoked pork bratwurst from the German Butchery in Haruru Falls. See the previous posting for a review.