The post Christmas celebration began with a gathering to eat the leftovers from a variety of Christmas dinners. Our whanau headed off to friends. There four families met with a wide variety of leftovers.

As it was raining on Christmas Eve we also took fireworks, but we left the floating Chinese lanterns at home. It was too windy to launch a hot air balloon into the night. With eight adults and lots of teenagers (9 definitely qualifies as a lot), the adults hung about in the house while the kids were in an old garage that has been converted into a hangout place. A win-win for all concerned!

I broke the rules and offered to supply sausages. I took Dutch Braadworst and Toulouse sausages both made by Park Avenue Quality Meats. The Dutch Braadworst have been reviewed previously and in my opinion are the best plain meat sausage available in Wellington. They are also a great price at $16.99 per kilo, see link. 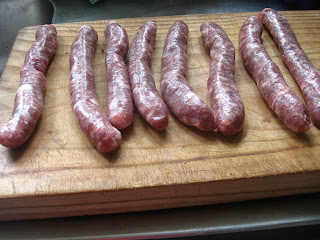 The Toulouse sausage is finely ground, with smalls lumps of meat. The taste has a flavour of wine, garlic and pepper. These subtle flavours complement the meat and do not over power the predominant flavour of pork. It’s a very nice sausage that will have a wide appeal. I recommend this sausage and will buy this again.


Gordon the butcher at Park Avenue said to me that some customers consider the Toulouse sausage to be his best sausage. I consider it is very good but still prefer the Dutch Braadworst in their traditional sausage range to be the nicest sausage they make. 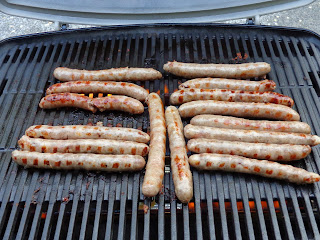 The evening was a bit more subdued than Christmas Eve, more of a recovery session after Christmas Day. It was a very pleasant evening with much laughter and a bonus short expedition to the Karori Cemetery to see Mrs Chippy, the cat who is memorialised on the grave of Harry McNish who was the carpenter on Earnest Shackleton’s Antarctic expedition. When events made the circumstances of the expedition very dire, Mrs Chippy was killed. Harry McNish was a bit septic when this occurred. However Shackleton recognised his skills and made him part of the crew that made the epic 800 nautical mile voyage from Elephant Island to South Georgia across the Southern Ocean. This was sailed in an open topped life boat. A truly heroic feat. 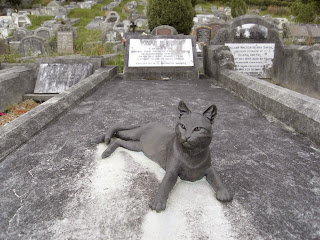