There was no beer and sausages - Part Fourteen

There was no beer or sausages – Part Fourteen

Yesterday I completed the Jumbo-Holdsworth Trail Race. This is a 24km mountain run that I have completed eight or nine times previously. After having run the route in an anticlockwise direction in all the previous events, I decided to complete the race clockwise this year. The route is a short one k up the river valley before you turn left and ascend for about 7k to Powell Hut, you then continue to ascend to the summit of Mt Holdsworth at 1470m. There are a few k along the undulating ridge to Jumbo at 1405m. Then follows a descent to Jumbo Hut. There is a very steep descent down the Rain Gauge track to Atiwhakatu Hut, and then a gentle 7k down the river valley on a graded track. It all makes for an interesting Saturday morning. 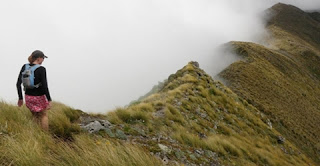 For a variety of reasons it was not a good day. The weather was ideal for running in the hills, not too hot, minimal wind, low cloud cover, and an occasional bit of drizzle to keep you cool. The body never really got going, mid way through the event I concluded I was not going to run a great time, so I eased off and treated it as a training run for the Tararua Mountain Race in five weeks’ time. I took forty minutes longer than I should, however I felt could easily run another ten or so k at a similar pace when I finished. Going along the ridge over the tops the cloud parted to give views into the upper Waiohine Valley. This is impressive rugged bush country, it is what being in the hills is all about. It makes you feel great to be alive. The photos on this post are all taken from the net, the image of the cloud shot was similar to the cloud that hung from the top of the ridge and went deep into the Atiwhakatu Valley. 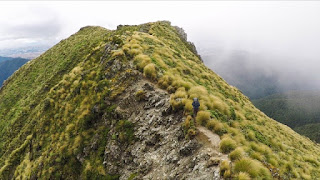 The organisers of this event do a really good job, the event has a very nice feel, it is organised by people who do it for the good the mountain running community, it is not a corporate money making event. They always put on a good feed, with a barbecue at the end. A great way to refuel the body. I had bought additional beer and sausages for the finish.


For the later section of the event I felt like was going to be sick. Any food I put into my stomach from the barbecue was going to grace the grass shortly afterwards. I realised that I should eat something, so I consumed two oranges. I had brought sausages – lamb merquez from Park Avenue Quality Meats and an IPA The Vandal from Panhead Brewery in Upper Hutt. These were not consumed and went home untouched.


So there was no beer or sausages. However in the circumstances this was the best for all concerned. I do know that at the next event, the Tararua Mountain Race, in five weeks’ time that beer and sausages will be present and they will be gratefully consumed at the end of a hard day in the hills.