It is not all beer and sausages - Part Seven

It’s not all beer and sausages – Part Seven


It is that time of the year again and the running club I run with was off to the NZ Road Relay Championships. This was held for the second consecutive year over the Christchurch to Akaroa course, a 76km run over eight laps.


I was part of the Scottish M50 (Men over 50, although we did get a bit confused and had a woman in our team this year) team that set a variety of goals. Have a good time, enjoy the beer and sausages in the van, and to run hard as we made our way to Akaroa. With eleven teams in the grade, I am pleased to report that we achieved a top ten placing. Unlike last year, we were not the first M50 team to Akaroa, but we were able to admire the running proficiency of some of the speedier M50 teams as they passed us on the road. These teams had a later start time that our team. However I can confidently assert that yet again we had the best selection of beer and sausages in our van. I selected venison rost bratwurst from Park Avenue Quality Meats, see link, and Harmony Beef and Bacon, purchased from Moore Wilsons. The beer selection included Mata Manuka Golden Ale and DB Export. 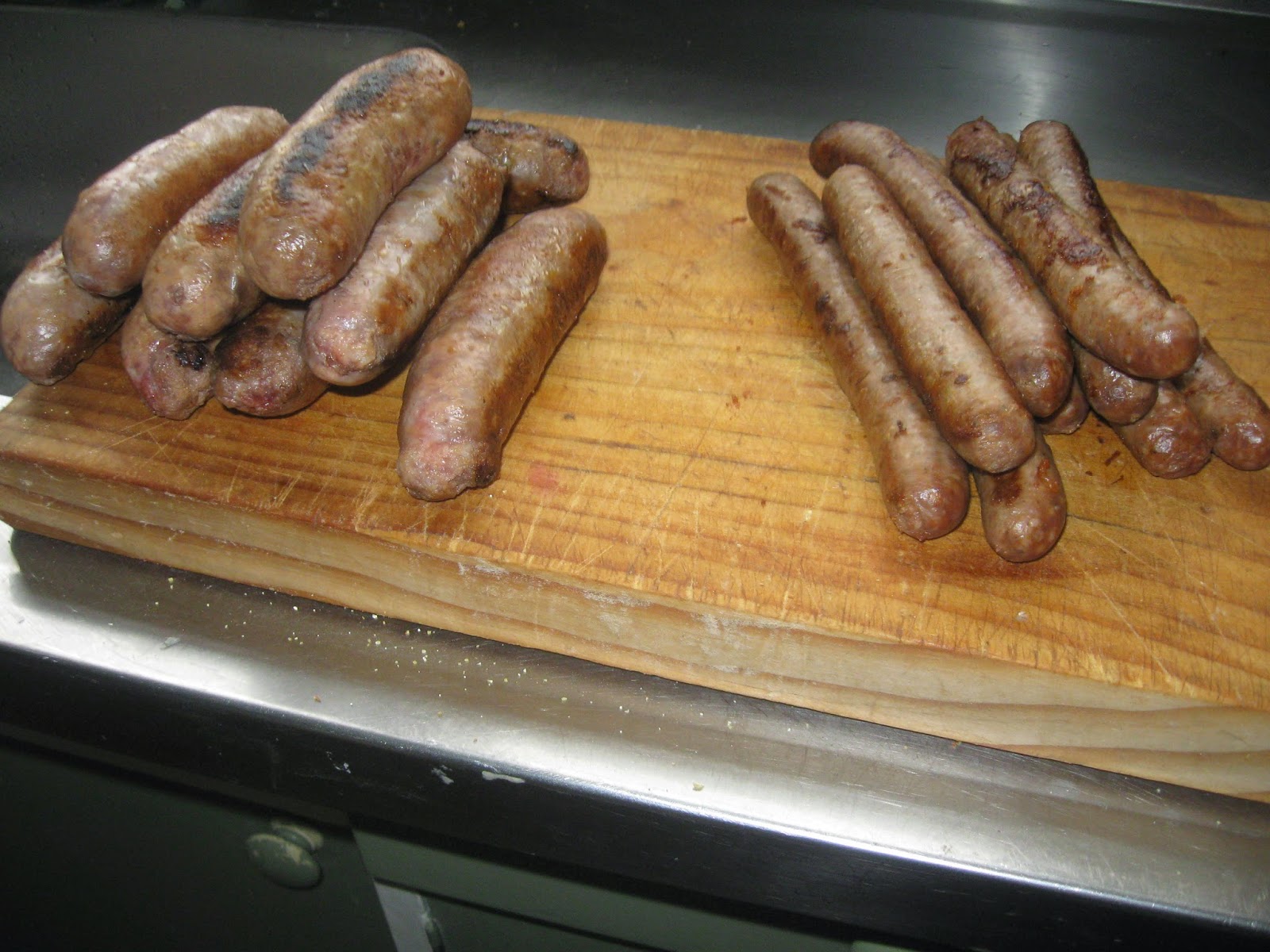 It will come as no surprise to readers of this series that the sausages and running diet continues to show promise. While this is yet to be picked by any running coach, I can offer positive proof of its effectiveness. The previous day I was a judge at the Devro NZ Sausage Awards, see link. On Friday I sampled nearly 40 sausages at the South Island regional judging. The impact of the intake of this large quantity of protein and fat had a measureable impact the following day. 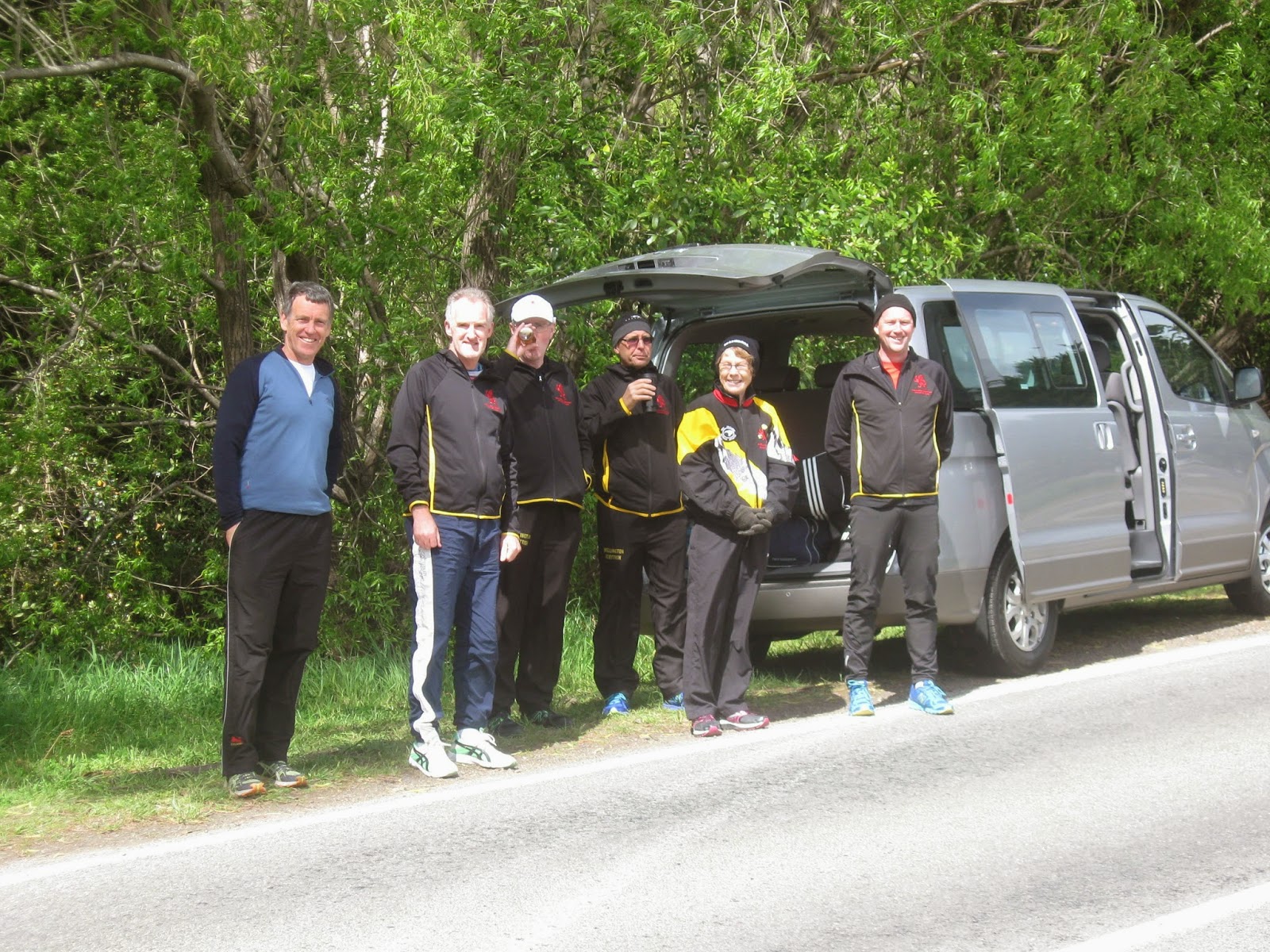 I ran the leg from Hilltop to Duvauchelle, around 4 km of an undulating ridge and then a steep 5km descent of around 460 vertical metres. This descent hammers the legs, the pain in the thighs and quads is directly related to the speed of the descent. I tried to quicken the pace on the descent and this was matched by an increase of pain in thighs. I was very pleased to have run this leg 1.03 quicker than last year. This is incontrovertible proof of the effectiveness of the sausage running diet.


The team had a very enjoyable time on the course; witty repartee, trash talking and quality retorts were evident within our team, and with other teams as we made our way around the course. We raced teams of the similar pace, and were rapidly overtaken by the Senior Teams at the end of the event. We enjoyed the camaraderie of the fellow runners as we ran our way to the finish.


The sausages were well received, in any sausage tasting there will be variety of responses. The team enjoyed the paprika flavour of the venison rost, some considered the sausage could have more paprika. The beef and bacon sausage is very nice tasting meaty sausage, the pork flavour is dominant, this sweetness is counterbalanced with elements of a tang from the beef. The flavour of the bacon comes through, although this is not a constant sensation on the palate.  This sausage is a mixture of a finer ground meat and coarser ground meat. I consider it to be a sausage that will appeal to your traditional kiwi sausage eater, someone who likes the taste of meat. I did strike a lump of gristle in one of these sausages. This detracted from the enjoyment. Both sausages were well received by the team members. 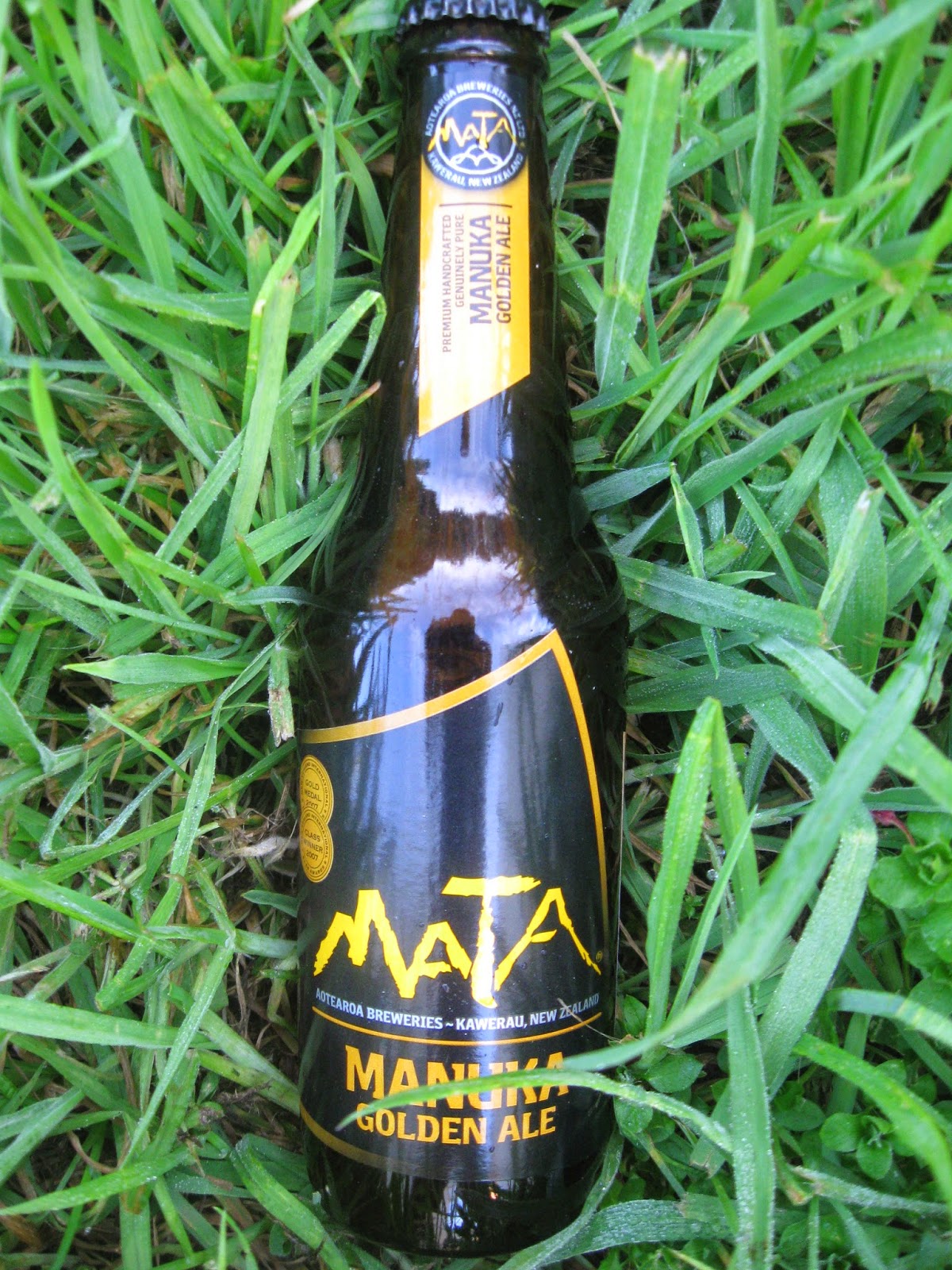 The beer that was used to wash down the sausages was a Mata Manuka Golden Ale. This is a sweeter pale ale that has hints of manuka honey on the palate. While I enjoyed this after my run, perhaps I would have preferred an ale with a more a bitter tang to complement the sausages. 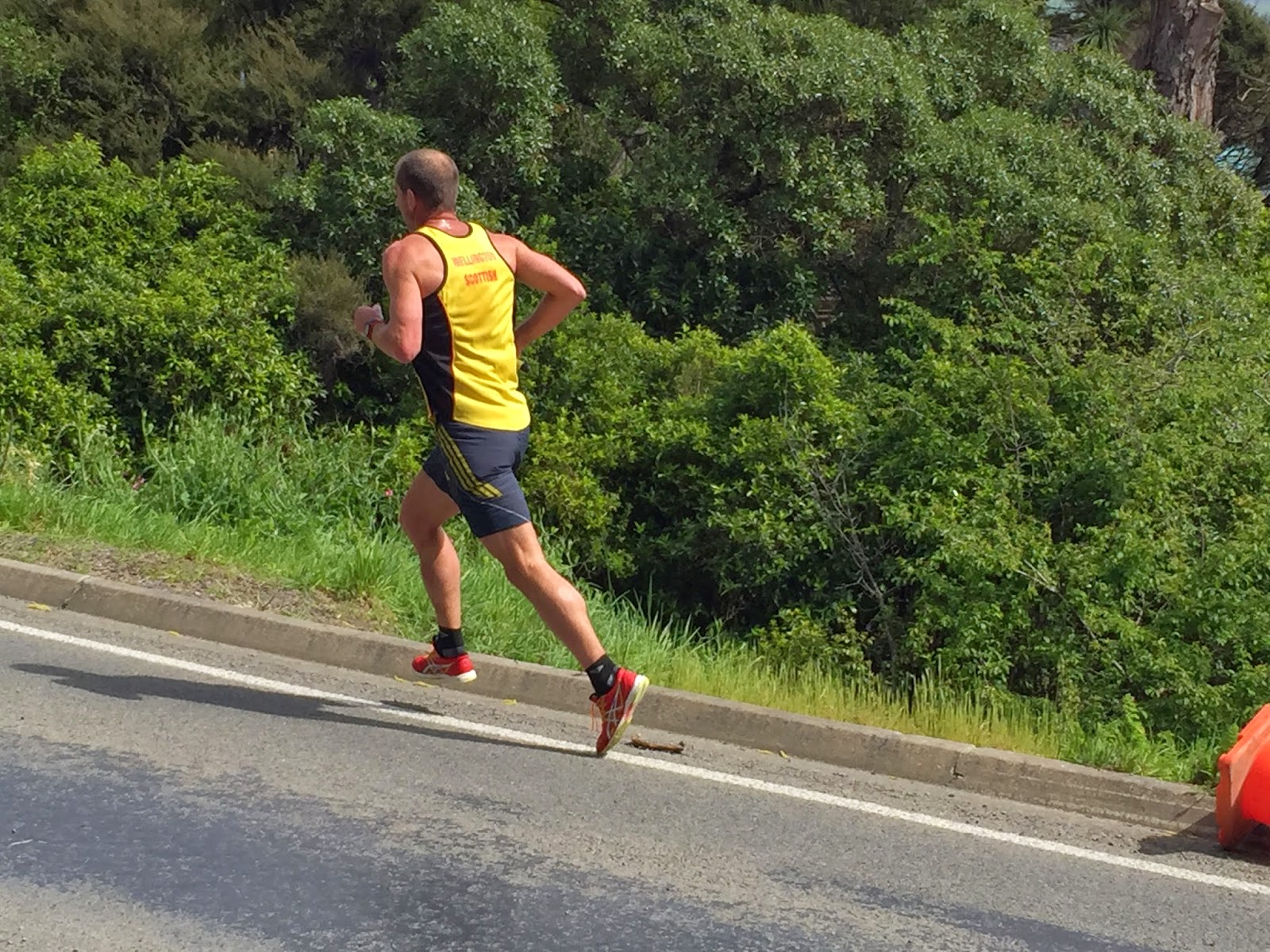 Our speediest runner ran the last lap, in our supportive way we worked together we informed him with a kilometre to go that he needed to do a three minute k so the team to break six hours, it was all up to him. There is a slight hillock in the last kilometre, and we finished in 6.01. The team had met its goals, an enjoyable day, with plenty of banter, sausages and beer, along with some hard running. 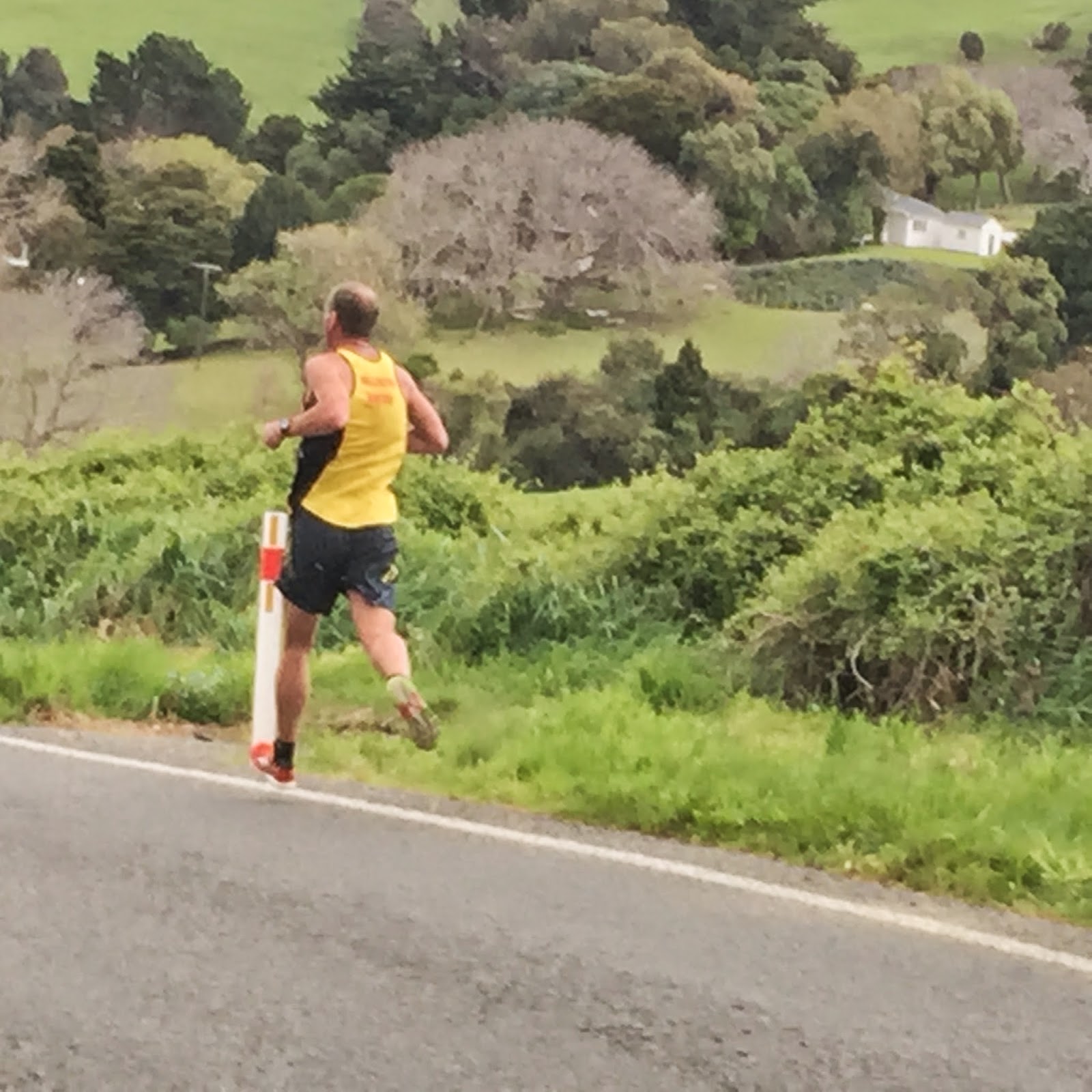 On our way back to Christchurch we stopped at the Hilltop Tavern with other teams from Scottish Harriers, to talk over the day’s effort. Hard, knackering running coupled with bonhomie makes this day the highlight of the harrier season. Undoubtedly we’ll be back next year to ensure another top ten placing, in a van that will have the best beer and sausages in the event.


See links to other parts in this series.
Posted by Don Stevens at 10:33